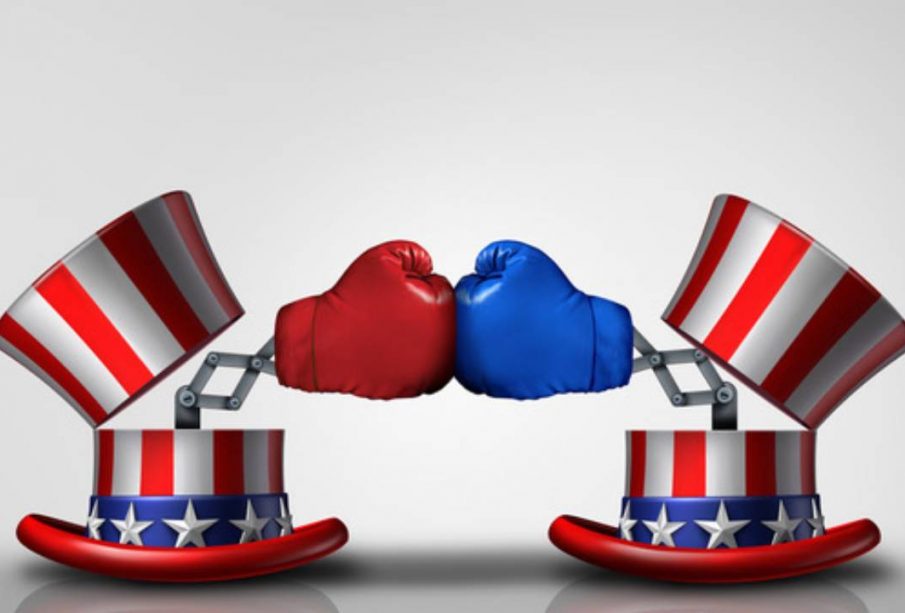 Many cities in the United States (US) are preparing for the possible outbreak of violence both on Election Day and after the post election result. The mega rich in New York are taking no chances by employing hired armed guards to defend if necessary their opulent Manhattan abodes. Some are taking no chances after the city has endured constant eruptions of violence in the last few months and have hired off duty police complete with ‘submachine guns’ The New York Police Department (NYPD) is taking the unprecedented step of advising residents to take precautions. The extra security measures will be implemented on Election Day but will continue depending on the assessed risk in the days possibly the weeks that follow the outcome of the highly anticipated election result. Greenwich Lane, where rocker Jon Bon Jovi resides in a 19 million unit, will also be taking extra safeguards. Greenwich Lane had already employed extra guards for a time in October after a food delivery worker was held up at gunpoint outside the building.’ A resident there advised that: ‘We’re warned not to leave anything in our cars. People are hungry, unemployed and desperate.’ Many New Yorkers are so anxious about what could occur that they are making plans to flee the city on Election Day. One woman who owns a condo in Naples has planned just this even though her building has hired two ex-marine ‘snipers’ to shield any attacks. ‘It’s a really sad state of affairs.’ she said.

In San Francisco storefronts are being boarded up in an effort to avoid damage should mayhem occur. In Portland, Oregon which has been a hub for many months of particularly intense and ongoing unrest preparations are well underway in the anticipation for more of the same. ‘We are planning to cancel vacations and other leave times for our officers to ensure that we have a full complement of people ready should they be needed.’ advised Jim Middaugh, the superintendent of state police in Portland. Middaugh also wants to see any outbreak of violence kept to a minimum and urges everyone to vote so that the result is not dragged out along with possible unrest. ‘This is why everyone should vote. Regardless of who they vote for, we’d really like a clear answer on election night.’ He said.

The city of Chicago that has seen shooting deaths due to unprecedented violent outburst exponentially increase in the past months have held ‘workshops’ in preparation for any unrest unleashed on Election Day or after. ‘The city is taking an all-hands-on-deck approach to planning for this event.’ said Richard Guidice, executive director of the Chicago Office of Emergency Management and Communications.

Worries about further agitated flare ups are legitimate concerns after months of shootings, looting and aggressive behavior throughout the nation. Recently a family of seven which included four children were attacked with pepper spray as they engaged in a ‘Jews For Trump’ rally held in New York City. In the unprovoked attack a member of the family who wishes to remain anonymous fearing retribution reported that as they drove down Fifth Avenue with their windows down, a vehicle pulled up beside them and discharged pepper spray onto them. ‘Immediately the kids started crying and screaming and I jumped out of the car after I was peppered (sic) sprayed as well.’ the man said. He further stated that the offender chased him down the avenue repeatedly attempting to pepper spray him again. His mother was able to get the attention of a police officer who arrested the attacker. The family who made it clear that they supported Donald Trump by the brandishing of Trump flags out of their open windows were obviously targeted by someone with differing political views which is a premonition of possible other negative scenarios which could heighten in the days to come. Other eye witnesses who were at the Rally in New York tell how they were attacked with rocks by maskless anarchists for their support of the president and this is happening before Election Day which is now being viewed as a potential catalyst for the escalation of violence against those with different political opinions being launched from both sides.

Joe Biden has referred to Trump fans as ‘chumps’ after a group of the Presidents supporters attempted to crash his rally in Pennsylvania. The group of Trumps followers in SUV’s and pick up trucks aggressively gathered in a huge group in a nearby parking lot and did their outmost to disrupt Biden such as honking their horns and talking loudly in an attempt to silence him as he attempted to talk. Slamming the disruptive group Biden addressed his supporters and said. ‘We don’t do things like those chumps out there with the microphones. those Trump guys.’ But it is without doubt the jewish family who were attacked with pepper spray in New York would disagree with him.

In America now it seems that it has developed into a dangerous risk to show preference for either party without potentially facing a cranky adversary that could berate you, injure you or even kill you for voicing and showing a different opinion. In spite of the intense feelings on either side of the political platform one is going to lose and one is going to win. It remains to be seen if elevated violence will throw the victory for either side into a civil war that could catapult a nation already divided into further disarray.