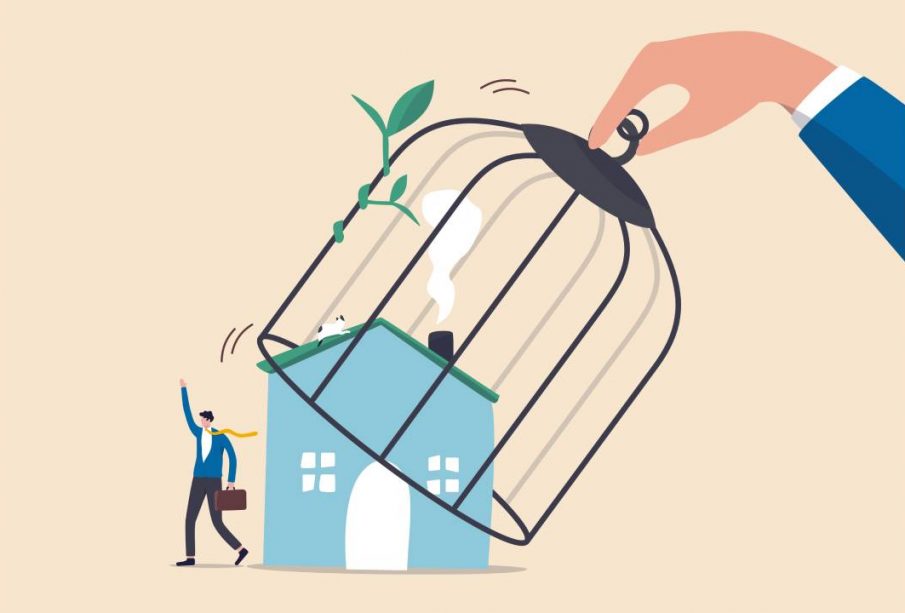 As infection rates of COVID-19 escalate in Europe many countries are beginning to once again implement a move they had all hoped to avoid: another lockdown. From being offered fantastic incentives to dine out and travel to get the economy going, support small business’s and return to a semblance of normality, citizens are now being told and in some cases ordered to stay home. Like cold water thrown in its face Europe is back to coronavirus reality with social distancing being more strictly monitored, citizens told to limit contact with each other and each country imposing a different set of rules and regulations in a bid to halt the rising number of infections. Its a horror deja vu for millions after the fleeting summer relief who are over the weariness of homeschooling children, worried about how further stringent measures will affect their livelihoods, relationships and their sanity and plain fed up with how their lives have been so dramatically impacted by a virus that refuses to retire and allow them return to their previous lives of freedom and choice.

Stephen Kessler a researcher at Harvard states that the surge in cases across Europe will not necessarily convert into huge numbers of deaths due to improved treatments and the increase in testing. However Hans Kluge The Who’s director for Europe says he believes that death rates could be four or five times higher in January than they were in April if the ascent in cases is not contained. ‘It’s time to step up. The message to governments is: don’t hold back with relatively small actions to avoid the painful damaging actions we saw in the first round.’ Kluge warned.

While all of Europe is experiencing a second wave of COVID-19 there are differences on the impact and response across individual countries. The spike in virus cases has exponentially affected Belgium the most where more than 3,500 people are currently hospitalized. It is estimated that if numbers continue to spiral out of control Belgium could fill its capacity of 2,000 intensive care beds by mid-November.

The United Kingdom (UK) has so far resisted pressure to impose a second nationwide lockdown after other nations including Germany and France have executed restrictions to contain increases in coronavirus infections that have alarmed health services who are worried about running out of intensive care beds if the rate is not bought under control. Germany’s lockdown begins on the 2nd November and is set to last the entire month. It is being labeled as more of a social lockdown as schools and childcare will stay open but all cinemas, theaters, sports clubs, fitness studios, beauty salons, pools and bars will shut. In comparison to France, Germany’s lockdown is not as harsh as France’s model with French President Emmanuel Macron announcing that a lockdown will start on Friday and last until at least 1st December. After there were more than 36,000 new cases reported in the last 24 hours the new restrictions were quickly implemented following an emergency meeting. The lockdown regulations are similar to France’s first lockdown and are quite strict with people only allowed to leave home specifically to go to work, school, for a medical appointment, essential shopping, to give assistance to loved ones and for one hour of allowed physical exercise per day. People will also need to show documentation upon leaving their homes. Bars, restaurants and nonessential business’s will be closed. France has also introduced a curfew from 21.00 to 06.00 affecting approximately 46 million people that will take effect from Friday at midnight

Greece has said it would release a one month plan on Friday to combat the second wave of coronavirus saying that targeted restrictions would be put in place. Polands cases have tripled in less than a month and have now surpassed over 300,000. Poland has so far not instigated a total lockdown, instead it has closed restaurants and bars and banned the gathering of more than five people. Online home schooling has also been introduced.

Spain has also been adversely affected it was one of the main destinations that Europeans headed for in droves in mid June and this influx of tourism has now been blamed for the numbers of coronavirus infections quadrupling. It has experienced the largest spike of cases on the continent and the tourists that gave hope to their weakened economy from the first wave of coronavirus restrictions are now only a distant memory.

In Ireland five million people have been ordered to stay at home for six weeks and are facing ‘level 5’ rules which are the highest level of Covid restrictions that exist.

The Netherlands which previously had lower numbers of infections and deaths has also seen a surge in cases and transferred some of its patients to neighboring Germany for treatment. Prime Minister Mark Rutte has stated that it was too early to say whether a broader lockdown would be needed. Although he hasn’t ruled it out. ‘All scenarios are on the table.’ he said. His government has so far only imposed certain restrictions including the closure of all bars and restaurants.

Italy who was one of the hardest hit countries in the first wave of coronavirus has already imposed overnight curfews in Lombardy in the northern state with Lazio and Campania following in their steps on Friday. Professor Walter Ricciardi, who is a Government advisor on health has conceded that ‘some metropolitan areas like Milan, Naples and probably Rome are already out of control.’

Christmas markets have being cancelled. People are facing the fact that it may not be possible to visit their families at Christmas as a Christmas lockdown is not out of the realm of possibility. As the temperatures drop so do the signs of hope with the pondering realization that the Coronavirus is here to stay at least for a while.