Monday, July 4
Home›Health›Stop acting your age and get younger!
Health 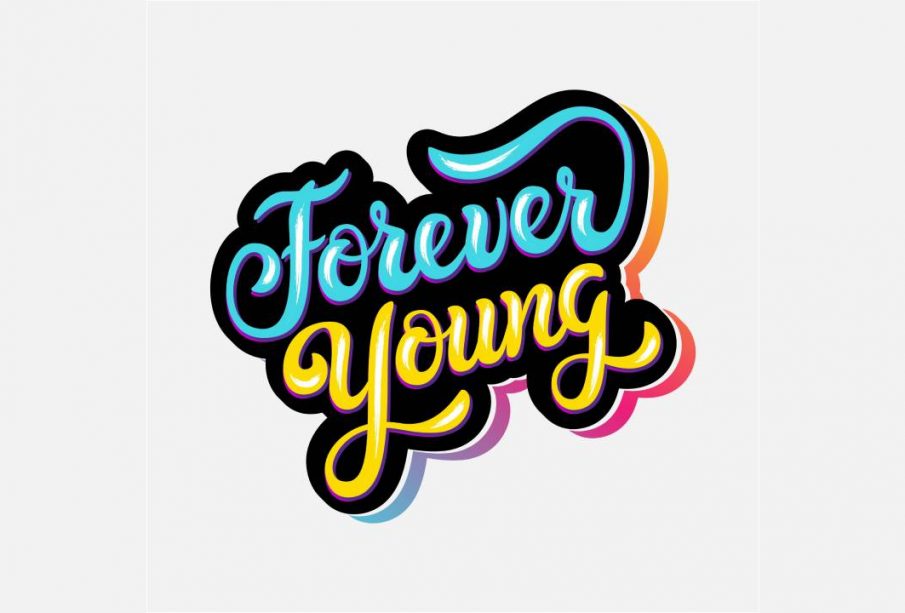 From birth to death all our lives are to a degree dictated by society’s ideals of what we should achieve, what we should buy and also how we should act at every age. These beliefs are indoctrinated into us to such a degree that the majority of us accept them blindly. Most of us go to school, get a job, get married (usually divorce) have children, buy a house we can’t generally afford, take on debt we don’t need, get older, age as our chronological clock increases, along the way succumbing to illnesses and limitations of aging as we are led to believe will happen, then die having successfully followed the concept set out for us to fulfill. These stages we go through in our lives are so ingrained in our minds we accept them as gospel. Those that do not follow the ‘norms’ of society can be pitied or criticized and certainly not understood. We do possess however the power to change our destinies which increasing amounts of people have done by not getting married, not getting a degree but still being wildly successful or happier or as or more or less fulfilled. Not having children. Not retiring. Changing careers more than once. Escaping out of the box of conformity and forging your own unique life is possible, freeing and doable.

Letting go of outdated believe systems on what we should do and how we should act is also applicable to our age. You can be old at 25 or 85. It is all in your mind, and your projection of the image of how you see yourself is the reality you will manifest. Don’t let a number dictate what you can or can’t do. As soon as you start to think you are reaching an age where you shouldn’t do something, shouldn’t try something, shouldn’t act like you want to act this is when you will start to age.

Studies have proven that people who feel younger than they are exhibit fewer signs of aging in their brain compared to those who feel older. Ellen Langer, a professor of psychology from Harvard Medical School, carried out research showing that although we cannot decrease our chronological age it is possible to reverse it biologically. One of her studies entails dividing a group of men into two groups one of which are sent to a retreat where they reminisce for a week about the past. The second group of men spend a week in an environment that is designed to be as identical as possible to when they were 20 years younger. This included sensory clues such as music, food and decor. At the end of the week the two groups were tested and the ones that had been taken back in time reported huge improvements in numerous health tests including memory, eyesight, hearing dexterity and appetite. However the group that had just talked about the past reported no changes.

Our culture fosters expectations based on age of an inevitable decline into illness, fragility and incapability. If we hold these beliefs in our mind they will definitely occur especially if we are expecting it, looking for it, talking about it and then accepting it as our fate on the road to death. Dr Jeanyung Chey of Seoul National University in Korea looked at the different brain features associated with aging to determine if there was a correlation between how old someones chronological age was to how old they actually felt and acted. Studying MRI scans of 68 healthy people between the ages of 59 to 84 the participants who felt and acted younger had more grey matter in their brains which declines with age and greatly affects cognitive function. ‘We found that people who feel younger have the structural characteristics of a younger brain.’ Chey concluded. One theory is that those who feel younger are more likely to lead more physically active lives and nurture their health which is paramount to feeling good, however it has been equally proven that the belief in our minds of how old we are is also essential in staying young and retaining a youthful vigor and enthusiasm towards life.

Many people work all their lives towards retirement which generally occurs at an age when they believe they will have less energy to enjoy the time they have worked so hard to achieve. Full retirement is not recommended for those that wish to remain young. To remain youthful it is vital to always maintain goals and a to do list in order to stay mentally and physically active and most importantly to maintain goals that are important to you. Find a path that works for you doing something you love and enjoy. It doesn’t matter what you do as long as you keep doing something. The word retirement is also in most cases linked to being old. Any references to aging situations should be deleted from the vocabulary of anyone wishing to stay young. Retirement should be replaced with ‘New beginning’ or something not associated with the end of the road and the aging deficit it infers.

Start totally ignoring negative stereotypes regarding aging. Your age is just a numerical number. Forget it it is not important. Do things you want to do despite any one telling you the contrary. If you live to be 100, make every day count for you and don’t be brainwashed or pressured into acting your chronological age and reducing your capacity to have fun. Stop celebrating and begin ignoring irrelevant birthday years. If someone asks how old you are, tell them you are eternally young. Feel it, think it, believe it and you will become it. See yourself in a positive mind set and extinguish thoughts and feelings of depreciation and negativity whenever they come to your mind. Watch the words you speak and make them positive even if this is not how you actually feel. The Placebo effect in regards to medications is often used by doctors instead of real medicine to treat many ailments and time and time again the Placebo has proven to be as effective or in some cases more as the actual pills given to people. This of course has everything to do with the power of the mind and those that are given the Placebo hold the view that it will work and so it does. This is also the reason why many patients when given a time limit on when they will die according to a doctors prophesy generally fulfill it by dying sometimes to the day based on the strong belief they have in the doctors profound wisdom. It is not necessary to accept any negative opinion from anybody, no matter who they are and in fact many people who have been handed a death sentence when really ill and refused to accept it have recovered. This same simple concept of belief also applies in regards to our age. If we believe we are old and our best times are behind us then that will become our reality. However if we refuse to focus on age and act as if everything is possible we will remain excited about the future, what we can achieve and stay younger.

The end of an era. Sean Connery, the original James Bond, dies ...