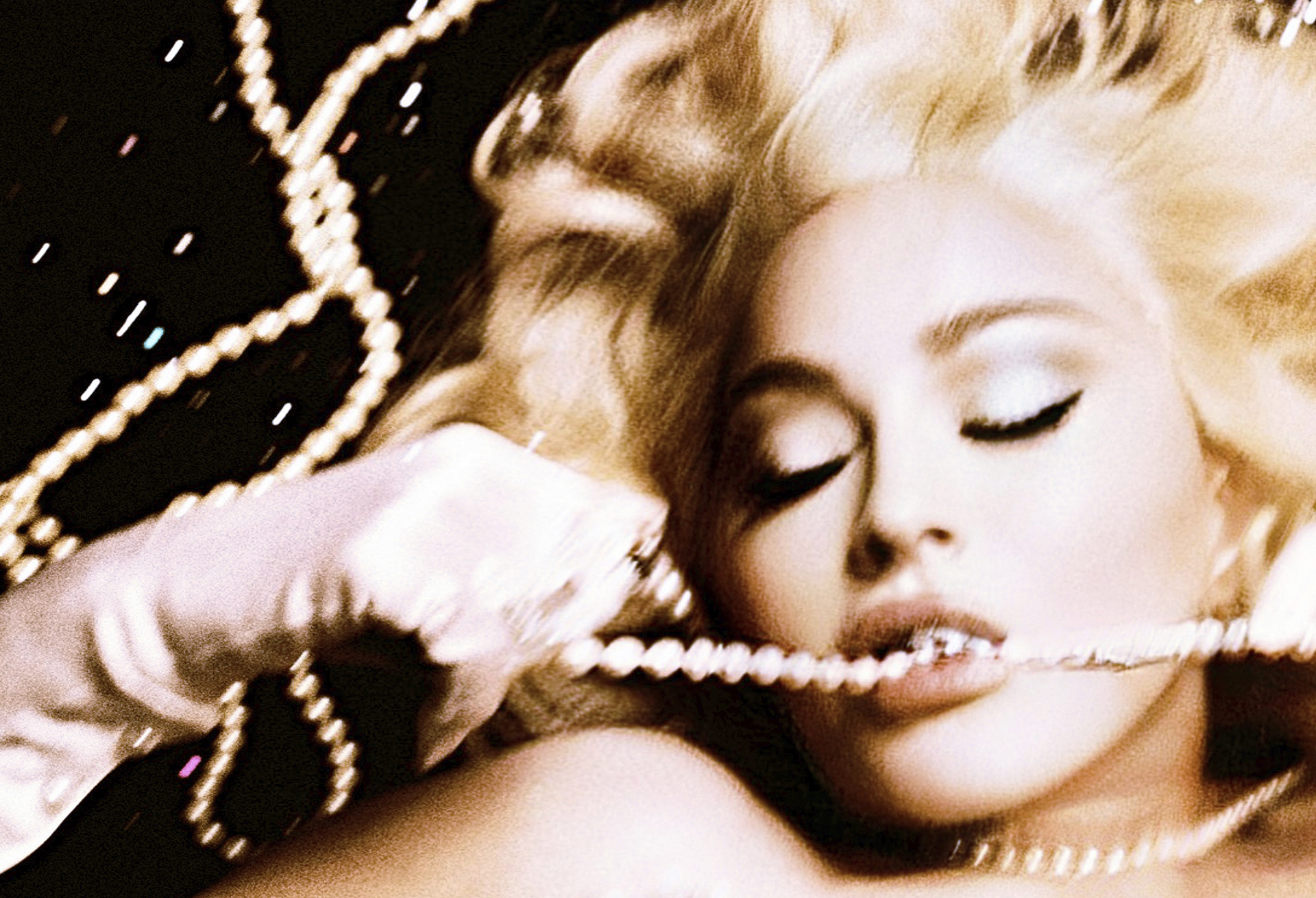 Queen of pop and controversy Madonna has been lambasted by some of her fans for shooting eerie scenes reminiscent of screen icon Marilyn Monroe’s tragic early death at the age of 36.

The photos for V Magazine have been denounced as “gross and inappropriate” by some in the new shoot which was inspired by Bert Stern’s The Last Sitting which was Monroe’s final photo shoot.

Monroe passed away from an alleged drug overdose according to the Los Angeles Coroner at the time. There have been many theories regarding her death which included that she was assassinated to keep her relationship with the former president of the United States, John F. Kennedy quiet.

Madonna, who has never been shy about pushing the limits has always been fascinated with Monroe. Her music video for her hit single “Material Girl” was inspired by Monroe’s “Diamonds are a Girl’s Best Friend” production.

#Madonna's photoshoot in #VMagazine is the 5th time in her career she references Marilyn Monroe. The first time was in 1985 in the 'Material girl' video, #SNL 1985, the 1991 Steven Meisel photoshoot for #VanityFair, 1993 SNL and now again, in 2021, for V Magazine. #MarilynMonroe pic.twitter.com/JTCVSvLN2y

In a 1987 interview with Rolling Stone, Madonna shared the connection she felt with Monroe:

“I do feel something for Marilyn Monroe. A sympathy. Because in those days, you were really a slave to the whole Hollywood machinery, and unless you had the strength to pull yourself out of it, you were just trapped. I think she really didn’t know what she was getting into and simply made herself vulnerable, and I feel a bond with that.”

Steven Klein, who shot the scenes for the magazine, explained in a short note what they were aiming to achieve.

“We were not interested in recreating the images exactly but more importantly, we wanted to explore the relationship between photographer and subject. Both the friendship and the artistic process, and how art can imitate life and vice versa.”

“When I sent Madonna the photos she was really taken by the incandescent fragility of Marilyn at that moment in her life. We decided to find a hotel suite and try to capture the liaison between a star and the camera, the mystery, and magic of this creative collaboration. We hope we have done justice to the great work of Bert Stern and Marilyn Monroe.”