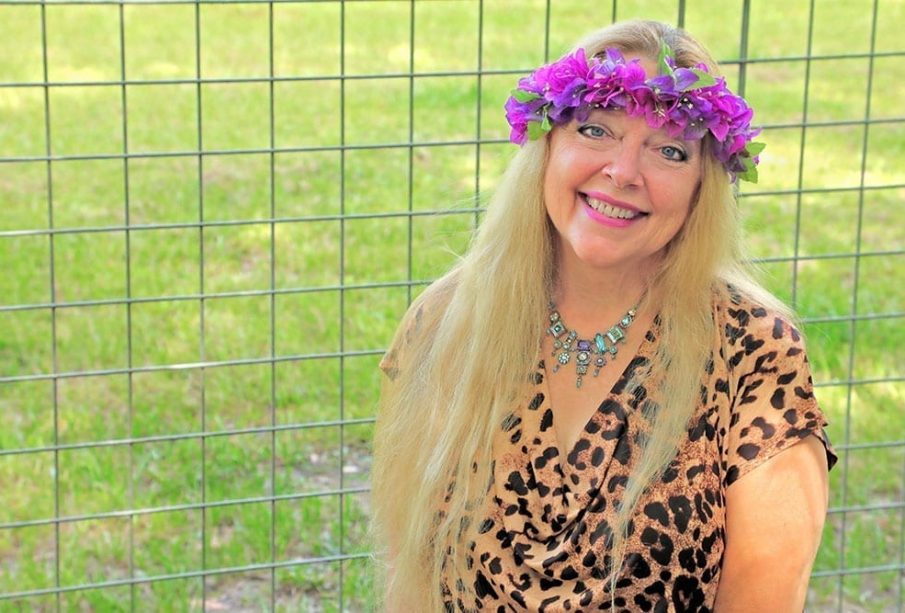 Maldonado-Passage known as Joe Exotic is battling cancer in jail after being sentenced to 22 years on charges of planning a murder-for-hire plot to kill Baskin.

Prosecutors stated that he paid a man $3000 in 2017 to go to Florida with the mission of assassinating Baskin who in turn had been previously accused of murdering her ex-husband Don Lewis in 1997. Baskin has repeatedly denied that she had anything to do with the demise of Lewis.

Baskin and Big Cats Rescue were granted Joseph Maldonado-Passages’s (AKA Joe Exotic’s) zoo which was once known as Greater Wynnewood Exotic Animal Park in 2020 which was part of the settlement in regards to her long-standing trademark lawsuit against Maldonado-Passages.

The lawsuit was filed in 2011, way before the hit Netflix series “Tiger King: Murder, Mayhem and Madness” become a worldwide hit, thrusting Baskin and Maldonado-Passage into the international spotlight.

The series documentary featured the intense and bitter rivalry between Big Cat Rescue’s Baskin and private too owner Joe Exotic.

TMZ has reported that Baskin sold the zoo in June to Francisco and Nelly Vazquez for $140,000. She apparently had strict rules for those wanting to purchase the land being that: the owners are prohibited from affiliations with Tiger King in any way and that the property can’t be used as a zoo for the next 100 years.

Baskin suggested that the land could be utilized as an RV park, due to its ‘close location to the interstate.’

Maldonado-Passage has many fans and supporters who rallied to get him a pardon from former United States President, Donald Trump. This however never eventuated.

However a federal appeals court ruled last month that “Tiger King” should get a shorter prison sentence for his role in a murder-for-hire plot and violating federal wildlife laws.

The three-judge panel agreed with Maldonado-Passage that the court should have treated both charges as one conviction at sentencing, as they both involved the same goal of eliminating Baskin.

The court has therefore ordered the trial court to re-sentence Maldonado-Passage.

Fabio stays youthful by sleeping in a hyperbaric chamber

Study cites the 5 most common signs you have caught Delta if ...