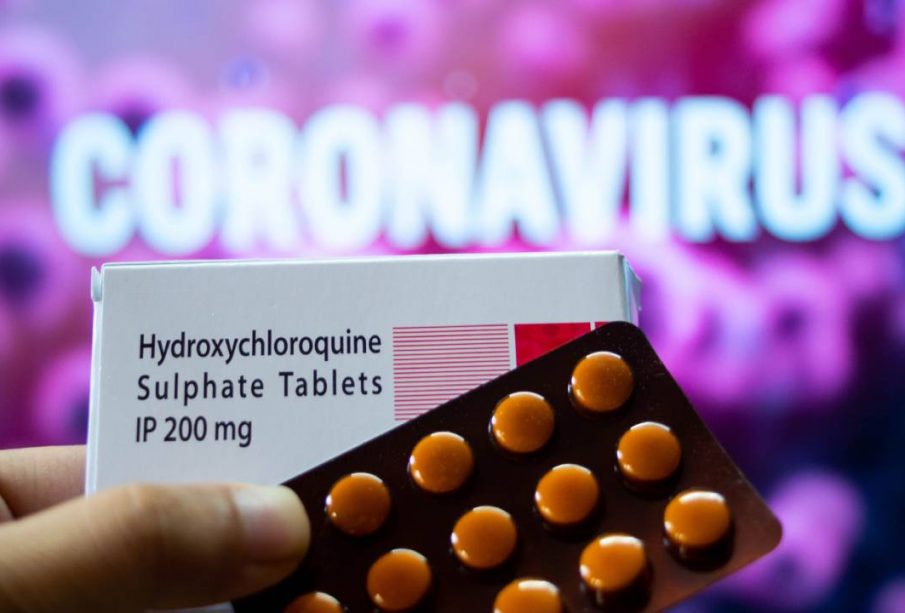 Since the advent of the Coronavirus countries all over the world are planning their recovery on the development of a vaccine. Over 100 studies are currently underway to find a vaccine for COVID-19. However, the reality of how long it will take to develop an effective vaccine is unclear and cannot be predicted. The discovery and research phase in the development of a vaccine is normally two to five years and in fact can take more than ten years to fully develop. Many people will also be reluctant to participate in a vaccine until it has proven to be clear of major side effects and effective in its application.

WHAT CAN BE DONE IN THE MEANTIME TO CURB THE SPREAD OF THE VIRUS AND REDUCE MORTALITIES?

Stringent lockdowns which the majority of countries have implemented to varying degrees have successfully shown to halt the infection rate as has the wearing of masks (mandatory in many areas) and the practice of social distancing. However in many countries when the lockdowns are relaxed the cases again increase, further lockdowns and restrictions are again decreed in yet another bid to bring the number of cases under control. Successive lockdowns are increasingly harder to endure as the economy nose-dives, mental health in all age groups transgresses, domestic violence surges and the detrimental effects of isolation push many to seek solace in drugs and alcohol with the more desperate and affected committing suicide.

The Drug Hydroxychloroquine (HCQ) has been listed by the World Health Organisation as an ‘ESSENTIAL MEDICATION’ for many years and touted as one of the most effective and safe drugs to use. HCQ belongs to a group of drugs based on quinine and has been used successfully to treat many ailments including Malaria, Lupus and rheumatoid arthritis. HCQ is viewed by many as a potential weapon against many other diseases including: HIV, breast cancer, melanoma, pancreatic cancer, thrombosis prevention and post surgical wound recovery. HCQ has been hailed as a safe, well-tolerated drug.

HCQ has been proven in some studies to be effective in treating Coronavirus when it is administered early. Some claim that the death count could be reduced by 50% if HCQ was administered as a first line treatment and prophylactic deterrent. Like the majority of drugs HCQ has potential side effects. Gastrointestinal upsets are slight. The more uncommon and potentially dangerous reaction is the possibility of an abnormal heart rhythm which can (in extremely rare cases) result in sudden death. This however can be detected and observed by regular EKG monitoring. QT prolongation which means in essence that the heart muscle takes longer than normal to recharge between beats can also be incurred not just by the use of HCQ but also by a wide range of medications which include but are not limited to antibiotics, antihistamines and opioid analgesics. This side effect is generally acknowledged as temporary and is a reversible side effect which around 10 percent of patients who take HCQ can experience. However taking into account that major drug classes such as fluoroquinolones result in a far more striking QT prolongation than HCQ but are still comprehensively prescribed the bad press that has been attached to HCQ regarding this side effect seems extreme and unjustified.

Literally tens of billions of doses of HCQ have been ingested by hundreds of millions of people for over 70 years, so taking this large scale of consumption into account and the fact that the studies on its use during this time only point to a handful of fatal arrhythmias with the majority involving exceptional circumstances which included end-stage liver failure and overdoses. Why is it when HCQ was first addressed as a potential fight in the Coronavirus death toll, its implementation as a first line drug treatment was not widely embraced and in fact in some countries denounced as illegal to prescribe?

HYDROXYCHLOROQUINE AND THE SUCCESS FACTOR.

Scores of controlled trials across the board conclude that HCQ is in fact effective in saving lives in regards to its administration of use in fighting COVID-19. It has been proven to lessen symptoms and shorten recovery when it is prescribed early on in the onset of the disease in appropriate doses. A promising observational study of more than 1000 COVID-19 outpatients in New Jersey which used propensity score matching to control bias found a significant and positive effect of the use of HCQ in the prevention of hospitalization. QTC prolongation did occur in 2% of patients who were prescribed HCQ however there were no reported arrhythmia events. When Zinc Sulphate supplementation was added to the prescribed HCQ further positive outcomes in patient morbidity were achieved. Zinc deficiency frequently occurs in elderly patients and those suffering from or predisposed to cardiovascular disease, pulmonary disease or diabetes. It is viewed by many medical professionals that the addition of zinc supplementation to HCQ dosages may be up to 20 percent more effective in reducing the effects of COVID-19.

HYDROXYCHLOROQUINE AND THE POLITICAL FACTOR

Republican President of the United States, Donald Trump has publicly declared that he takes HCQ prophyctly to ward off Coronavirus. He is rarely seen wearing a mask and has never succumbed to the disease despite the fact that he at 74 years of age is in the vulnerable age group that is mainly affected by COVID-19. Before he proclaimed HCQ as a possible answer to help stem the cases of the virus and as a stop gap solution to utilise before a successful vaccination could be developed HCQ was being used widely and with varying degrees of success around the world. After he recommended HCQ as a possible treatment for the virus prescriptions for it surged. An unfortunate incident where one man died and another person was hospitalized as the result of ingesting a substance called chloroquine phosphate, a medication compliant for fish not humans under the mistaken belief it would protect them from the virus cannonballed into much of the mainstream media turning its full attention on the demonization of Donald Trump and his audacity to offer irresponsible medical advice. A Democratic fan of the use of HCQ, Michigan state Representative Karen Whitsett who thanked Donald Trump for her recovery from COVID-19 after taking his advice and using HCQ was banned unanimously from the democrats group activities for two election cycles for her audacity to proclaim that HCQ had worked for her. Little reportage was addressed to the people that had gullibly ingested medication designed for fish and for the previous positive results of administering HCQ in the proper form. Instead HCQ overnight turned into a dangerous drug with serious side effects, and was repeatedly denounced as the ultimate killer drug. The later report on May 22nd, 2020 by the online medical journal The Lancelot which reported that the anti-malarial drug hydroxychloroquine did not help to curb COVID -19 but actually might cause death in patients turned HCQ into a total outcast and the majority of ongoing studies on its efficiency in the treatment of Coronavirus were abruptly abandoned in droves. Although The Lancet later retracted its article due to serious concerns in respect to the veracity of the data the linger of mistrust surrounding the use of HCQ has lingered and many health experts believe that thousands of lives have been lost due to the unprecedented attacks on the use of HCQ which were unfounded. Outspoken advocate for the use of HCQ in the fight against the Coronavirus Doctor Kulvinder Gill stated: ‘Contrary to the media narrative, COVID-19 treatment with Hydroxychloroquine is a safe and generic medication approved 65 years ago, which is sold over the counter.’ Her views are shared by many leading doctors and scientists some of whom even believe that the use of HCQ could have prevented lockdowns, the tragic after effects of which have decimated the world economy and inflicted a depression that will no doubt take many years to recover from.

HYDROXYCHLOROQUINE TREATMENT VERSUS NO TREATMENT

The collective rumours surrounding the safety of HCQ have potentially robbed many tens of thousands of lifesaving treatment and this risk of not administering a promising drug will only rise in the months and years to come. A safe and effective vaccine is not yet available and the methods used to control the spread and morbidity of the virus are not sustainable. Maybe it is time to give HCQ the credit it deserves. There is enough evidence to conclude that the risk of harm is much less than the real threat of COVID-19 if allowed to unabatably go untreated. The time is now. Political preferences need to be put aside in the light of bringing this worldwide Pandemic under control. We cannot afford financially, mentally and emotionally to wait in vain with all our hopes fixed on a vaccine and with the uncertainty attached to its effectiveness. HCQ has the promise as it has shown with many other diseases to reduce deaths and symptoms. HCQ should be promoted and prescribed to treat COVID-19 starting immediately. We owe it to our children, to ourselves, to take action and seize the opportunity to stem the flow of this unrelenting and tragic virus that has dramatically altered the way we live before it has unalterably changed the world we live in.

IS SIGNIFICANT HAIR LOSS AN INSIDIOUS SIDE EFFECT OF COVID-19?