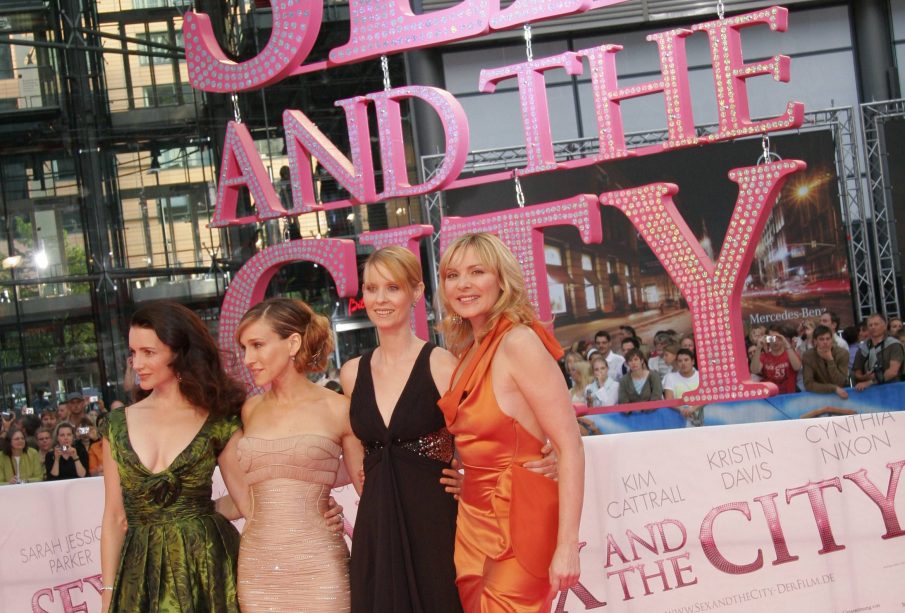 Kim Cattrall, famous for her role as Samantha Jones in the iconic sitcom ‘Sex and the City’ has repeatedly confirmed that she will definitely not reprise her role in a third, highly anticipated movie in the award winning franchise. Cattrall at 64, has been quoted as giving many reasons for her decision not to participate, ranging from an inadequate storyline, difficult relationships with her cast members  to not enough money being offered, however she refutes them all  and says although Sex and the City was a good time, the time is over.  Cattrall has said she made it supremely clear after the second movie was released that she was done playing the character that lauded her with 17 award nominations including a Golden Globe win for best supporting actress in 2003.

SEX AND THE CITY INFLUENTIAL, COMEDIC AND RELATABLE.

Based on the best-selling book by Candace Bushnell, Sex and the City followed the lives, loves and tribulations of four Manhattan women in their 30s and 40s. The series (1998 – 2004 ) became an international success and was followed up by two equally acclaimed movies. Carrie Bradshaw (Sarah Jessica Parker) played a newspaper columnist who wrote mainly about sex and relationships, drawing her writing research from her own experiences and those of her friends. A major storyline for Bradshaw was her on-off relationship with Mr Big (Chris Noth) who reappeared sporadically before and after her other liaisons with other males who for her never seemed to match up to the elusive and charming Big who continually let her down until their second attempt at marriage metamorphosed after a few bumps to evolve into a comfortable merging of their sometimes conflicting personalities and different views and expectations on love and life. Charlotte York (Kristin Davis) played the naive, idealistic and well meaning role of a woman who refused to denounce her belief in true love despite her disappointing experiences, while Miranda Hobbs (Cynthia Nixon) was the self sufficient, more inclined to be jaded, successful lawyer. Miranda was the one to give out sound no nonsense advice and was perceived as more adaptable in reacting with more indifference to the men she encountered in her search for a stable partner. Samantha Jones (Kim Cattrall) was the quintessential male equivalent who insisted on playing the field and was the only woman in the ensemble who was not obsessed with obtaining the perfect monogamous relationship. Jones was sexually adventurous, and outright in her views that a woman should be able to act like a man in this regard and although she did have a few relationships during the course of the series,  one in which she was betrayed, she quickly recovered and  realized she was ultimately happier alone and that a traditional relationship was not for her.

Sex and the City spawned a tribe of loyal fans all over the globe. Many women could easily relate to the situations the women encountered that were dealt with in humour, empathy and epiphany. When the series ended (Parker says it was not cancelled) the sequential two moves that followed were enthusiastically embraced and since that time insistent calls for a third move to resurrect the characters that played such a huge part in addressing women’s issues including the balancing of career with that of searching for a suitable partner have been persistent. Cattralls resolution to not participate in a third movie has seemingly put the brakes on any further projects and as her role was pivotal to the success of the show it seems unlikely that a further movie could be produced without the popular and controversial role of Samantha Jones being reprised by her.

Cynthia Nixon has stated that Sharon Stone could emulate Cattrall’s character in Sex and the City 3. In an interview with Andy Cohen, Cynthia Nixon who originally chose to avoid the subject when pressed did acknowledge that she believed Sharon would be able to play Samantha and be incredible in the role bringing her own edge to the character. Cattrall herself has made the suggestion that another actress should take over her former role. In a 2017 interview Cattrall stated; ‘Maybe they could make it an African-American Samantha Jones or a Hispanic Samantha Jones’ Cattrall believes she has been bullied for refusing to play the long standing role and blamed for disappointing fans and cast with her steadfast decision. Cattrall says although she stands by her resolve not to be recast as Samantha  she has very fond memories of her time on the hit series; ‘It was such a special time’ she recalls. ‘There was an innocence to it – though it didn’t feel innocent while it was happening. To have that kind of timing for women honestly discussing subject matter near and dear to my heart, we needed that.’ At this point  Parker who played the major role in the series and seems the keenest on pursuing the storyline seems adamant that a third movie could not go ahead without Cattrall saying; ‘Not sure if I can imagine doing another movie without her.’ Whether this sentiment will remain is questionable with so much pressure from fans to yet again immerse themselves into the lives of the women who reenacted scenarios that millions could relate to. As for Sharon Stone she is said to be eager to take over the role and responded to Nixon’s approval encouragingly. ‘Anytime I might have a chance to work with Cynthia can be an honour to me’ she stated.

IS A SUBSTITUTION FOR SAMANTHA JONES A VIABLE AND BELIEVABLE SOLUTION?

Is the desire for a third Sex and the City movie bigger than the risk it could tank without the inclusion of one of its original main characters? Is it better to leave the cast where they were and end the series with successful acclaim than to deliver a movie that could possibly disappoint with the replacement of a different person in a pivotal role. Of course characters in sitcoms have previously been switched for various reasons with mitigating degrees of success. It is impossible to predict if a third Sex and the City movie is enough to appease fans who are willing to accept that the Samantha they related to is in effect someone different or if they would view the film with jaded disappointment and see through attempts to continue the storyline as a futile attempt to recapture what once was. Sometimes in life less is more and in this instance only time will tell if a third movie on this incredibly successful sitcom will come to life without one of its original main characters in one of the roles that made it famous.