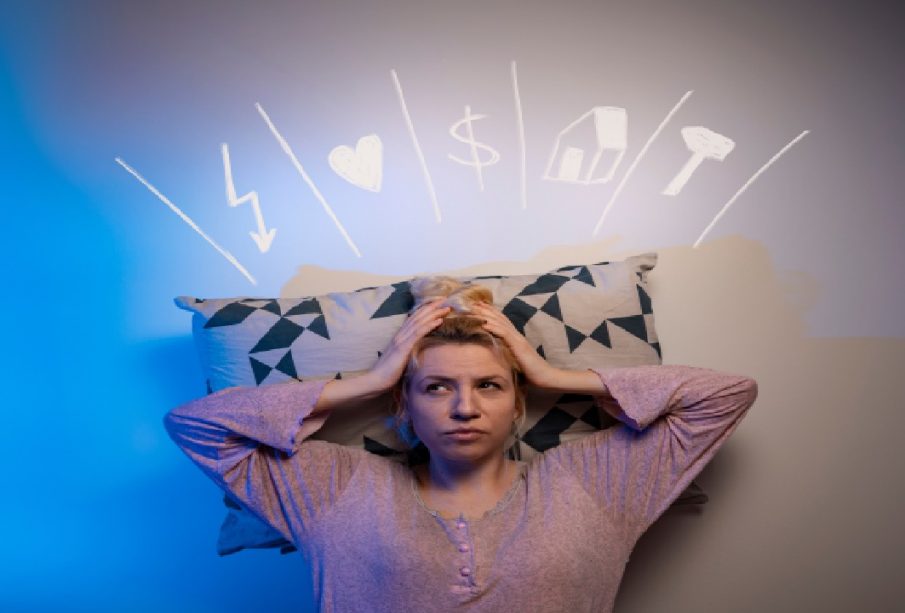 A study has found that women who find it hard to maintain an uninterrupted sleep pattern throughout the night are twice as likely to die earlier from heart-related causes.

In the study 8,000 people wore sleep-tracker devices as they slept and researchers compared long-term health outcomes with their level of ‘unconscious wakefulness.’

This refers to the natural response of the brain to rouse a person when it detects stimuli which could be danger including loud noises pain, light and trouble breathing.

Snoring can also induce “unconscious wakefulness” as it is a direct result of someone’s breathing being obstructed.

The majority of sleepers will have no recall of experiencing “unconscious wakefulness”, however they will feel extremely tired the following morning.

The research was undertaken by the University of Adelaide in Australia and published in the European Heart Journal.

It advised that the sleep disruptions are linked with health issues including higher blood pressure.

The long-term study headed by associated professor Mathias Baumert and Dutch institution Maastricht University’s Professor Dominik Linz, found that women were at a higher risk of death from cardiovascular disease – heart conditions that affect the heart or blood vessels, such as a heart attack or a stroke.

Women who woke up in the night the most (6.5% of their night’s sleep( had between a 60 and 100 per cent (double) greater risk of dying of cardiovascular disease in comparison to females who had an uninterrupted night’s sleep.

In men the risk was much lower with the risk of cardiovascular disease from disrupted nighttime slumber increasing the risk by only a quarter from 9.6 percent to 13.4 percent.

Professor Linz said that although it was “unclear” exactly why unconscious wakefulness put women at higher risk there were some “potential explantations.”

“The triggers causing an arousal or the body’s response to arousal may differ in women compared to men,” he said.

“This may explain the relatively higher risk of cardiovascular death in women. Women and men have may different compensatory mechanisms for coping with the detrimental effects of arousal..”

“Women may have a higher arousal threshold and so this may result in a higher trigger burden in women compared to men.”

Prof Linz also explained that noise, age, BMI and sleep apnea were all factors that contribute to someone’s “arousal burden” which is the rate at which their sleep was disrupted – to increase.

“We need to advise our patients to take care of their sleep and practice god sleep hygiene,” he advised.

“Measures to minimize noise pollution during the night, lose weight and treat sleep apnea could also help to reduce the arousal burden.”