Hollywood or ‘Hollyboob’? Arrests made after landmark sign unlawfully modified 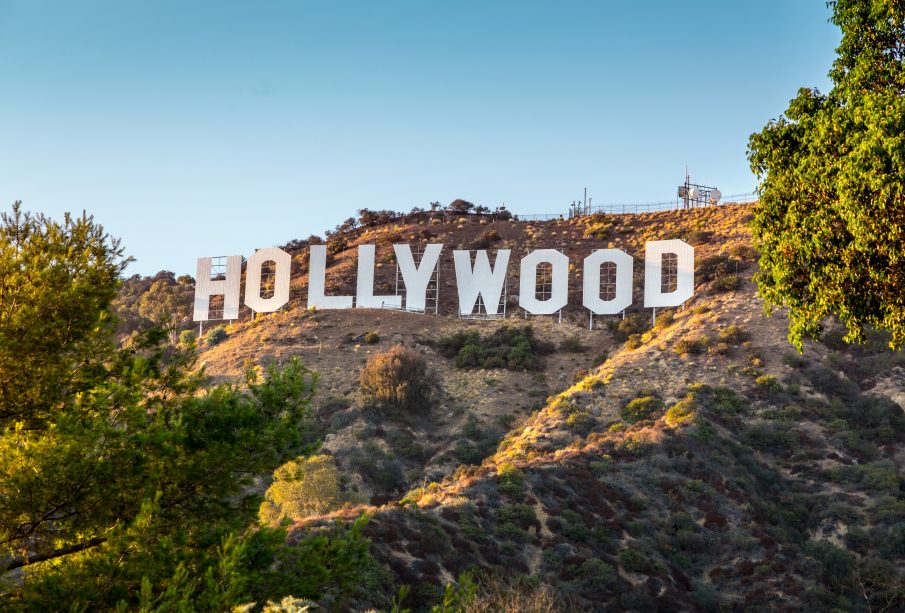 The iconic Hollywood sign has been illegally altered again.

Six people have been arrested in the latest change which saw the word ‘Hollyboob’ soaring over the city of Los Angeles.

It was previously altered in 2017 to read ‘Hollyweed.’

In order to achieve their goal of turning ‘wood’ into ‘boob’ the perpetrators used a tarp with the letter “B” swathed over the “W”and a white dash was draped across the “D” to give the appearance of a “B.”

The Los Angeles Times reported that five men and one woman were caught on video surveillance at approximately 1.15 p.m and officers greeted the group at the bottom as they moved their way down the steep incline toward Mulholland Drive.

Los Angeles Police Department (LAPD) Captain Steve Lurie has said that the six will be charged with misdemeanor trespassing and then released.

The action cannot be classified as vandalism “because the sign wasn’t damaged,” he said.

The site is surrounded by Griffith Park, however it is not accessible for public use and is privately maintained by the Hollywood Sign Trust.

Dubai reacts to partying Influencers by closing bars and clubs amid growing ...