Friday, October 7
Home›Entertainment›Angelina Jolie reveals that ‘she feared for her family’s safety’ while married to Brad Pitt
EntertainmentLifestyleNews 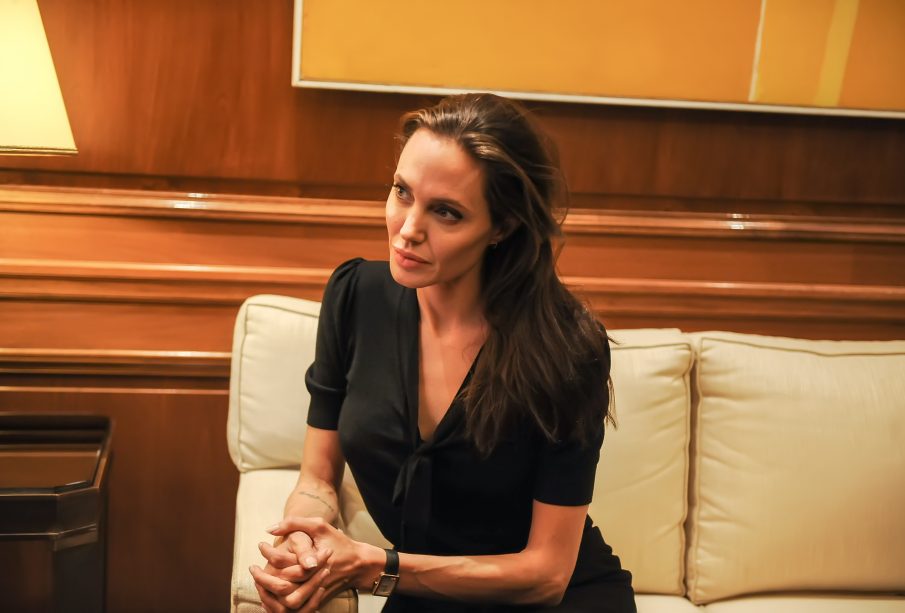 Actress and activist, Angelina Jolie, has made a jaw-dropping revelation, telling The Guardian that she feared for the safety of her family while she was married to Brad Pitt.

She revealed that her children’s rights were affected but did not provide details, saying that she couldn’t reveal anything else as it is a “legal situation.”

However she did nod her head affirmatively when the interviewer asked if this was related to her allegations of domestic abuse against Pitt.

Angelina asserted that she feared for her family. “Yes, for my family. My whole family;” she said.

The couple who share six children together, dated for 10 years before they tied the knot in 2014. However, the marriage did not last long with Jolie filing for divorce in 2016.

The divorce became official a further two years later in 2019.

However the actors are still tied together in a custody battle over their children, Maddox, Pax, Zahara, Shiloh and twins Vivienne and Knox.

“It took a lot for me to be in a position where I felt I had to separate from the father of my children,” Jolie said. She also shared with The Guardian that the experience of getting the divorce has been traumatic and that it had ‘broken’ her.

“I think at the end of the day, even if you and a few people you love are the only people who know the truth of your life, what you sacrifice, or what you’ve suffered, you come to be at peace with that, regardless of everything of everything going on around you,” she said.

Jolie added that her wishes are that the family heals and that everyone including her ex-husband moves forward.

“We’ll always be a family,” she said.

Abba have revealed their first studio album in 40 years will be ...