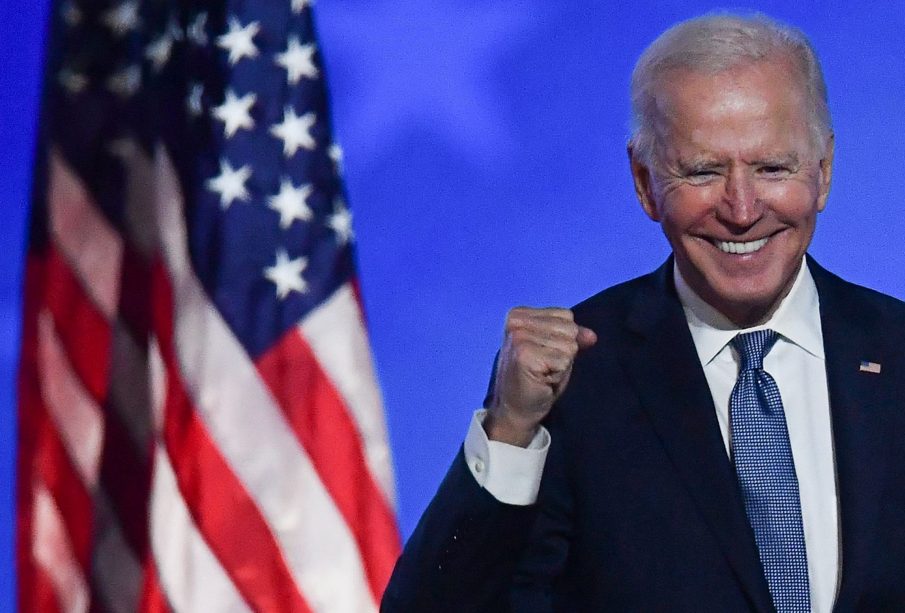 Although Donald Trump has not conceded defeat, Joe Biden who took the lead in the critical state of Pennsylvania which added 20 electoral votes to his tally became on Saturday the 46th President of the United States.

Biden, 77 urged for unity as he addressed a nation and the world that had been waiting for days on a result. ‘It’s time for America to unite. And to heal,’ he said. ‘With the campaign over, it’s time to put the anger and the harsh rhetoric behind us and come together as a nation. There’s nothing we can’t do if we do it together.’

Biden will become president in January, dependent on the outcome of any legal challenges, with Kamala Harris his running mate, becoming the first female, first black and first Asian-American vice-president in the country’s history.

It has been a turbulent week with Trump previously declaring victory before all the results had been announced. Just hours after Biden was declared the winner on Saturday, the Trump campaign and the Republican National Committee filed a lawsuit in Arizona alleging that Maricopa County incorrectly rejected votes cast by in-person voters on Election Day. This suit follows others that have been filed in several battleground states where Biden was leading by a very thin margin. These include Nevada, Pennsylvania and Georgia. The suit claims of instances of illegally counted votes from after Election Day and also that poll watchers were obstructed from overseeing counting procedures.

Trump is adamantly not giving up his re -election hopes. ‘The simple fact is this election is far from over,’ he said. ‘Legal votes decide who is president, not the news media.’