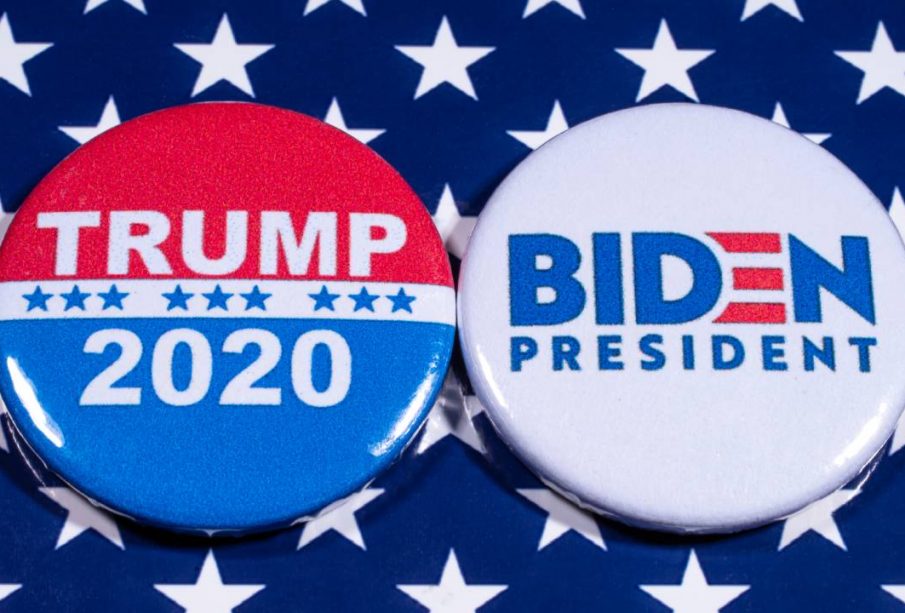 The first of the highly anticipated 2020 presidential debates kicks off in Cleveland Ohio on Tuesday 29th September, 9 pm Eastern Standard Time. After months of uncertainty concerning the confirmation of the debates due to factors including the Coronavirus and the Democrats stance that they were not necessary, both sides are now eager to observe how the two opponents will perform. The first debate will be moderated by ‘Fox News Sunday’ anchor Chris Wallace, who Trump has described as ‘a Mike Wallace wannabe’ a reference to Chris Wallace’s late father, a renowned journalist. The president has been previously grilled by Chris Wallace and a July 2020  interview between the two went viral when Wallace informed Trump that he too had undertaken the cognitive assessment test that Trump repeatedly referred to as proof that he was mentally superior to Biden that Wallace described as:  ‘not the hardest test.’ Wallace has stated that he hopes to remain ‘as invisible as possible’ during Tuesday’s debate ‘to give people at home a sense of why they want to vote for one versus the other’ he said.

The 90 minute debate will be divided into six 15 – minute segments. The topics for discussion were selected by Wallace and were announced  last week by the nonpartisan Commission on Presidential Debates. The issues chosen reflect major, relevant and serious subjects that mostly reflect differing and strong points of view from both Trump and Biden. Subjects to be debated are the intense Supreme Court nomination battle, the Coronavirus Pandemic that has claimed over 200,000 American lives and continues to spread seemingly unabated all over the world, the racial justice protests that have been accompanied by violence and mayhem, and the integrity of the upcoming election itself. The sixth topic for debate will focus on the records of both the current president Trump and former vice president Biden.

DEBATE HAS THE POTENTIAL TO SHIFT OPPONENT EXPECTATIONS

Trump has repeatedly referred to Biden as ‘Sleepy Joe’ ; he depicts his opponent as mentally inept and not fit to run for president. He continually makes it clear that he believes that Biden is merely a puppet to be controlled by a group of left-wing radicals and has no clear opinions of his own. Pushing his portrayal of Biden as a deficient and unstable opponent Trump has also called for Biden to take a drug test before the upcoming presidential debate saying he too would take one and that drugs were the only explanation for Biden’s previous irregular debate performances. Biden in retaliation has strongly criticised the president for his handling of the Coronavirus and for persistently downplaying the severity of the Pandemic. Biden was quoted in a recent speech in Wisconsin as saying ‘Trump panicked. The virus was too big for him.’ Biden also attacks Trump on ‘tax breaks for the super wealthy’ and points the blame for the violence sweeping the United States directly on the President. ‘The president long ago forfeited any moral leadership in this country…. He can’t stop the violence, because for years he has fomented it’  Biden vehemently declared. Trump’s critics view him as ‘this bully, this tyrant, and the president himself sort of relishes this bully image’ They believe that there is a risk that due to the president’s strong and dominative presence that Biden ‘will just fade on the stage.’ Experts hypothesize that ‘Biden must aggressively push back against Trump to win.’ Bidens team are hoping for a repeat of his outstanding 2012 energetic debate performance against then vice president opponent Paul Ryan which assisted President Obama’s election campaign at the time. If he can emulate that performance he can still the wave of opinion that casts doubts on his ability to run the country due to the ongoing references questioning his mental capacity that the Republican Party consistently draws attention to. Biden does face relatively low expectations ahead of the debate due to unrelenting attacks from Trump who uses the inferred reference to Biden’s capacity as a formidable political weapon. Whether or not Biden can hold his own against Trump on Tuesday evening could be pivotal in the public’s perception of him as a suitable and capable candidate.

The Trump campaign have stated that ‘pollsters are getting the 2020 race wrong’ This is in light of polls showing Biden has a lead in six battleground states that are viewed as extremely likely in deciding the election, however Bidens polling advantage in the swing states of North Carolina and Florida is a mere 1%.  Can the presidential debates change these polling numbers? Tuesday’s presidential  debate is expected to set an audience record surpassing the 2016 tally of 84 million viewers. President Trump and Candidate Biden will also be meeting in person for the very first time since Trump’s January 2017 inauguration. The expectation is that the success or failure of a candidate in the upcoming debate could swing voters that are still unsure of who they wish to vote for. Studies have shown that the relatively high range of between 90% to 95% of debate watchers are unaffected by the presentation of the debate and the performance of the candidates, however sometimes as much as 4% to 5% are. These are generally people who haven*t been following the campaign closely if not at all and are drawn in as part of the huge viewing audience. This is where the debates take on an extremely different value as these viewers can change the outcome in states that can be nearly deadlocked and the results in these neck to neck states have the potential to swing the outcome of the election either way. The Tuesday evening debate, followed by two further presidential debates on the 15th October and lastly on the 22nd October are being taken very seriously by both candidates as the November 3rd election day draws nearer.

Although Biden leads in the current polls many speculate that Trump has a legion of silent voters who could tip the victory his way. Trump can not be counted out as retaining the presidency and the next four years in office. People will vote on the issues that are important to them. Issues that affect their lives, their livelihoods and their values. The Trump/Biden election in a year full of fateful occurrances the most predominant being that of the Coronavirus Pandemic which has undone a lot of the economic achievement of the Trump Government and is still an ongoing issue will be voted on depending on what opinion the people have towards the Pandemic and how it has affected them. This is the same as the riots that have exploded all over the United States and the voters personal stance towards them. Voters will need to weigh up their expectations for the coming years and which candidate is mostly likely to promise to deliver what is personally most important to them.  Voting is a personal and emotive choice. The decision to hold the presidential debates is monumental. It enables the people of the United States and the world to view the two contenders for one of the worlds most important positions together and to see how they react in regards to six very pertinent issues that have the ability to affect us all in varying ways depending on how they are handled. This is crucial in aiding voters to make the correct decision for them, their futures and their country.