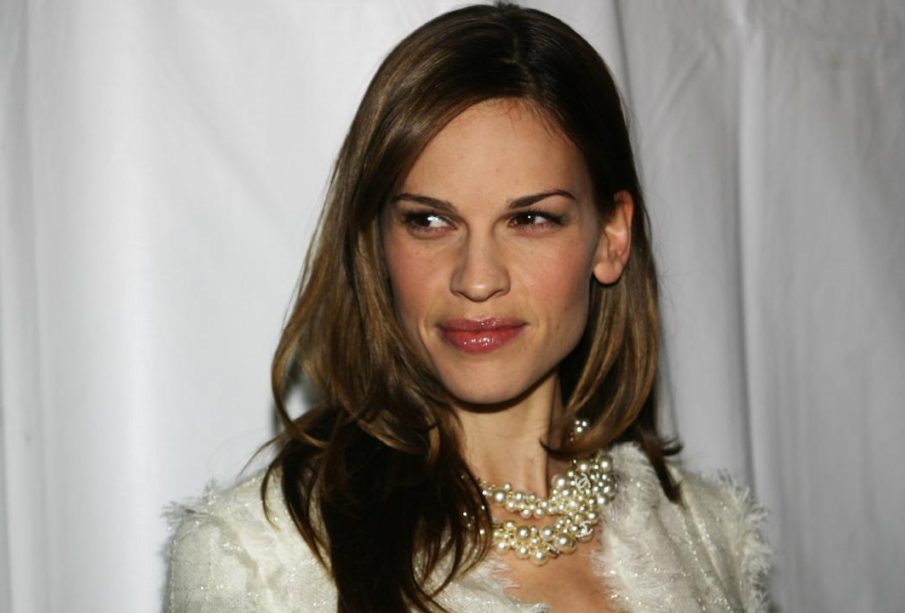 Oscar Winner Hilary Swank developed debilitating symptoms while filming Netflix’s science fiction drama ‘Away’.  The 46 year old excels in her role as Emma Green who heads an International crew to Mars. Swank explains that the rigorous preparation for filming was challenging: ‘So, we had to really be hung by our hips like a pendulum, so we had to have really strong abs and glutes in order to hold us in that position and make it look effortless. It was definitely a physical challenge.’ Swank goes on to explain that these challenges exponentially increased when she had to don a spacesuit. ‘And so when I put on my spacesuit, I almost passed out.’

A spacesuits technical name is an extravehicular mobility unit (EMU). A fully powered and functioning spacesuit protects astronauts from a variety of potentially deadly situations including extreme temperatures, pressures and minor space debri. It provides a necessary oxygen supply for over an eight hour period. While over 30% of even well trained and experienced astronauts suffer from the crippling condition of claustrophobia, it is not surprising that Swank while improvising an astronaut’s constraints herself fell victim to the symptoms that accompany this condition. Although Swank had never experienced any form of phobia previously she said she was left ‘drenched’ in sweat within her costume after going through panic attacks.

DONNING A SPACESUIT – NOT SO EASY AS IT LOOKS!

Putting on a spacesuit can take well over three hours. Each spacesuit is also custom designed to fit the astronaut it is produced for so you can’t swap and share. To get into a spacesuit a full physical examination is also necessary as so many prerequisites are attached to wearing one. These include learning to breathe. The way astronauts breathe in space is very different to how we breathe on earth. The mastering of shallow breathing and controlling the heart rate from increasing are important tools to making valuable oxygen supplies last as long as possible. Communication while wearing a spacesuit is also confined to only persons with a matching radio set. So when one is in space there are a limited amount of people who have the ability to listen and talk back to you. Movement in a spacesuit is also challenging. You need to anticipate steps and moves before they eventuate. Fingers and thumbs lose functionality, so even something relatively easy like grabbing a pen requires training. And of course taking off a spacesuit takes as long as putting it on.

THE PHYSICAL EFFECTS THAT CLAUSTROPHOBIA CAN UNLEASH

In a detailed Instagram post, Swank writes: ‘I have never, not once in my life, had a phobia. Until now. And I’m gonna be honest, I never understood them, I always thought ‘get over it, it’s just a spider etc. walk away. Until I, of course myself, became severely claustrophobic. To the point my entire body broke out in sweat and I was drenched within 30 seconds and my face looked like a very ripe tomato… ‘ It is estimated that around 5-10% of the world population is affected by severe claustrophobia. Symptoms of claustrophobia can include: rapid heartbeat, shortness of breath, intense anxiety, profuse sweating, hot flashes, an extreme feeling of panic and apprehension amongst other disturbing syndrome.

IF YOU CAN’T BEAT IT FIGHT IT

Swank has shared that after a period of six months she was not able to cure her claustrophobia, but she was able to develop processes that helped her to control the intense physical sensations that overcame her by learning to calm her mind, accept the fear and not try to push it away. ‘We can sit with it in a different way, that makes it doable’ she explains. Her method of dealing with the condition has merit. Claustrophobia could be related to dysfunction of the amygdala which is the part of the brain that controls how we process fear. As in Swanks case environmental factors can play a huge role in the development of the Phobia. Learning to control and alter negative thoughts that arise from situations that trigger claustrophobia can program a person to view  a previously stressful situation in a calmer perspective. By learning to change thoughts, it is possible to change reactions to different situations and lessen and even eradicate symptoms. It seems that Swank has successfully adapted this technique to help her cope with her ongoing role in the hit series. ‘It is not mental, it is very physical’ she states. ‘BUT, our mental minds do control a lot, if not everything. After six months, I was not able to overcome my claustrophobia, but I was able to come to a type of meeting of the minds with it.’

SWANK CREDITS THAT PLAYING AN ASTRONAUT HAS TAUGHT HER VALUABLE LESSONS

‘Playing an astronaut in AWAY made me push into the sharp edges in a way I never thought it would. This was such an important lesson for me…. In so many ways..’Swank hopes that by sharing her ordeals she can give hope to  others who are suffering similar ailments. ‘I hope that in sharing this you might feel less alone in whatever it is that takes over your mind and therefore your body. Be patient with yourself.’ Swank’s wise words can be used to quell uneasiness and therefore tame physical symptoms in Claustrophobia and in many other conditions to a certain degree. Her seeming ease in realistically portraying a woman in charge of an international space mission to Mars is attestment to her ability to cope, endure and ultimately control a physically uncomfortable situation while filming a series under similar  arduous conditions that real astronauts face.