Thursday, July 7
Home›Health›Doctors worry that due to potential vaccine side effects patients will not return for a second dose
HealthNews 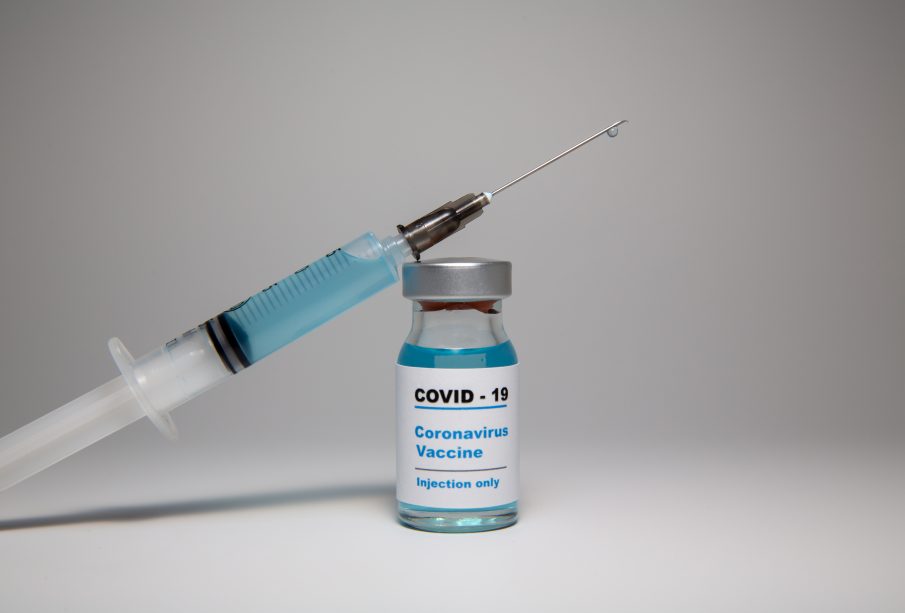 ‘We are asking people to take a vaccine that is going to hurt’ said Dr. William Schaffner, a professor of preventative medicine and health policy at Vanderbilt University Medical Center. ‘There are lots of sore arms and substantial numbers of people who feel crummy, with headaches and muscle pain, for a day or two.’ Schaffner concedes that convincing people to return for the required second dose of the vaccine and to then suffer a second round of flu-like symptoms could be a ‘tough sell.’ Scientists anticipate that the shots could cause side effects that could last days and possibly make them unfit to attend work or school.

These comments are backed up by Dr. Sandra Fryhofer of the American Medical Association who said on Monday during a virtual meeting with the Advisory Committee on Immunization Practices, a group of medical experts that advise the Center for Disease Control and Prevention (CDC) that the side effects experienced “won’t be a walk in the park.”

Fryhofer and other members of the AMA have advised that the CDC must be transparent regarding the side effects people may experience after receiving their first shot of the coronavirus vaccine. Fryhofer also voiced concerns that her patients might not return for their second dose because of the potentially troublesome side effects they could endure from their first. ‘They are probably not going to feel wonderful,’ she said. ‘But they’ve got to come back for that second dose.’

Luke Hutchison a 43 year old computational biologist suffered a severe reaction when he volunteered for a trial of Moderna’s COVID-19 vaccine. He reported that immediately upon being injected with the second dose that his arm swelled up to the size of a “goose egg.” He states that he could not be sure whether he received the placebo or the vaccine, however within the space of a few hours the previously healthy Hutchison was contemplating if he should call 911 for emergency assistance. Hutchison describes a wrath of debilitating symptoms including aching bones and muscles, and a fever of 38.9 degrees that he describes as ‘unbearable………..I started shaking. I had cold and hot rushes. I was sitting by the phone all night long thinking: “Should I call 911?” Although Hutchison’s symptoms resolved after 12 hours he believes the public deserves to be informed of the side effects labelled reactogenicity from Moderna’s vaccine they could possibly face. ‘No one prepared me for the severity of this,’ he said.

Both Moderna and Pfizer with BioNTech admit that their vaccines could induce side effects that are similar to symptoms associated with mild Covid-19 such as headache, muscle pain, chills and fever. Both companies report that their messenger RNA (mRNA) vaccines reached 95% efficacy in clinical trials. Both vaccines consist of a snipped of genetic code which directs production of the coronavirus’s spike protein, delivered through a tiny fat bubble called a lipid nanoparticle. It is believed that the immune system’s response to that delivery vehicle is the cause of the short term side effects. The vaccine’s will require two doses to work and these injections must be given three to four weeks apart.

An independent board that analyzed Moderna’s trial found that severe side effects included headache in 4.5%, joint pain in 5.2%, muscle pain in 8.9%, and fatigue in 9.7%. The Pfizer/BioNTech vaccine reported lower levels of side effects including; fatigue in 3.8% and headache in 2%. Arnold Monto, an epidemiologist at the university of Michigan School of Public Health concedes that; ‘This is higher reactogenicity than is ordinarily seem with most flu vaccines, even the high dose ones.’

Long term possible side effects from mRNA vaccines remain abstract. There is the possibility that people with lupus could experience flare -ups because the disease that is driven by antibodies against their own genetic code could be revved up by the immune response bought about by the vaccines, explains Sarafaraz Hasni, director of lupus clinical research of the National Institute of Arthritis and Musculoskeletal and Skin Diseases. Other experts believe it is too early to draw any conclusions regarding possible long term effects.

CEO Stephane Banale said during an appearance on Fox Business “Mornings with Maria” with host Maria Bartiromo that; ‘It’s actually a good thing in my immunologist always reminds me that having a bit of immune reaction is a good signal that your immune system is activated.’

As Pfizer and BioNTech are aiming to provide vaccines in the number for 35 million people world wide by the end of December, Patsy Stinchfield a nurse practitioner at Children’s Minnesota suggested changing the tone of language when describing the potential effects the vaccine could produce in people. During the online meeting with the AMA she recommended changing the word to ‘response’ from the other more negatively perceived description ‘adverse reaction.’

‘These are immune responses,’ she said. ‘And so if you feel something after vaccination, you should expect to feel that. When you do, it’s normal to have some arm soreness or fatigue, some body aches and maybe even a fever. It sounds like in some of these trials, maybe even having to stay home from work.’

Hopefully changing the wording of potential side effects from the vaccine and pre-warning the public of what they could expect will satisfy those that are suspicious of a vaccine that has been so quickly developed and by some who believe the regulatory approval process for a Covid-19 vaccine was politicized by the Trump administration in the run -up to the presidential election. In a time when coronavirus deaths are spiraling and where polls indicate that the number of Americans who are open to getting a Covid-19 vaccine are dropping, effective communication is necessary to field concerns and alleviate mistrust in vaccines.