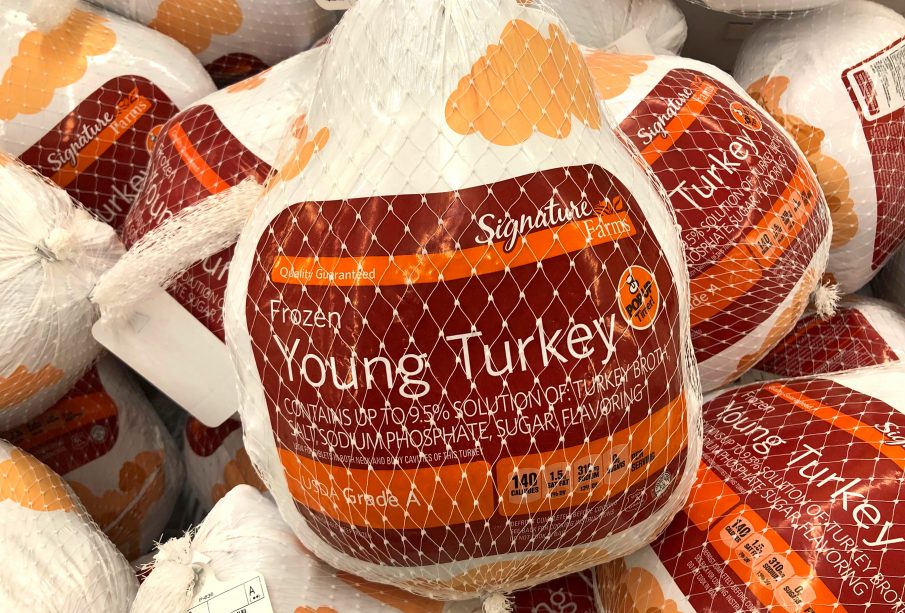 The coronavirus pandemic’s effects of financial hardship have Americans lining up this week in unprecedented numbers at food banks all across the country. As the Thanksgiving holiday draws closer, news reports across the United States show that more Americans are finding it increasingly harder to put food on the table.

Food insecurity is at an all time high not encountered since the Great Depression. The Providence Journal reported on Monday that around 25% of respondents to the Rhode Island Community Food Bank’s 2020 status report acknowledged that they were unable to provide enough food for themselves and their families. This is up from a little over 9% in 2019.

An alarming October survey of 2,000 Americans conducted by Danone North America’s Two Good Yogurt reported that 79% were struggling with food insecurity, and 37% have skipped meals in order to feed their children.

Millions of Americans have lost their jobs and income during the pandemic and they are struggling to pay their regular bills. They still have to eat though and the food bank network Feeding America estimates that 17 million people could become food insecure this year. This number when added to the already approximately 35 million Americans suffering from food insecurity in 2019, would bring the tally to a staggering total of 54 million.

‘I don’t think we’re going to get through this unless Congress approves another COVID-19 bill,’ the food bank’s executive director told The Providence Journal. Congress has fought for many months over the possibility of a second round of COVID-19 stimulus prospects which seem likely not to be passed this year at a time when people are needing them urgently.

Many food banks are expecting a “food cliff” when they may be forced to cut down their supply. Demand has increased sharply at organizations that donate meals. Since the beginning of the Pandemic around 7 million Americans have enrolled in the federal Supplemental Nutrition Assistance Program (SNAP). U.S Postal Carriers and Boy Scouts of America which provide food from donations were two supporters forced to postpone or change their food drives this year.

The closing of schools and day care centers has meant that nearly 30 million children who previously received free or discounted lunches have also lost this source of regular food. The Association of American Medical Colleges in October found that limited nutritional intake resulting from food insecurity put individuals at a much higher risk of developing coronavirus complications.

A healthy diet full of fresh vegetables and fruits is of paramount importance to maintain health and a lack of important nutrients has been found to lower the immune system. An article published in the New England Journal of Medicine in September confirms this. ‘A healthy diet, rich in fruits and vegetables and low in sugar and calorie dense processed foods, is essential to health,’ they said. ‘The ability to eat a healthy diet is largely determined by ones access to affordable, healthy foods – a consequence of the conditions and environment in which one lives.’

The growing imbalance in the U.S of those that can nurture their health by eating nourishing foods and those that are resorting to sub standard cheap meals or increasingly going hungry, could add huge numbers of people succumbing to a variety of illness’s on top of the ever present risk of infection with coronavirus and it’s potentially deadly impact.

Cancer treatment that could replace chemotherapy

Doctors worry that due to potential vaccine side effects patients will not ...