Saturday, July 2
Home›Lifestyle›10 signs a guy is a Jerk
LifestyleNews 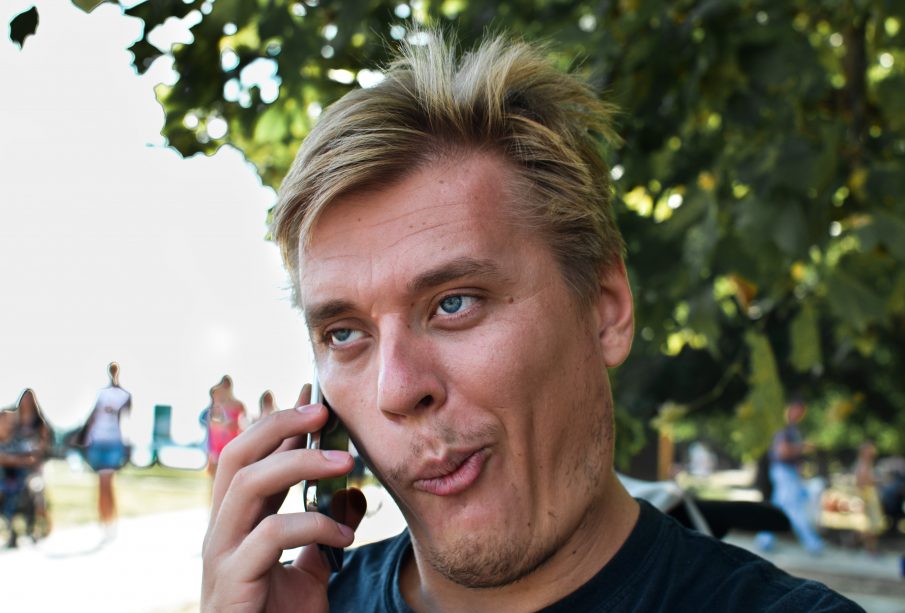 Meeting the right person in today’s world is becoming ever more challenging. Social media has made it easy for people to portray themselves in a way that can be fake and the old fashioned ways of courting which made it easier to get to know someone have dried up.

This makes it harder to assess if a guy is fake and full of sh*t.

The dating arena is full of fake people and con men who say whatever they think women want to hear in order to get their needs met.

If a woman gets too involved with a man who is full of fake flattery and has control issues it can take a while to detach from and can leave scars emotionally, financially and physically.

Learn to prudently assess any potential partner and stay clear if he portrays any of these signs that means he is just a jerk.

1. You quickly realize that his actions don’t match his words.

This is a huge indicator that the guy is full of promises that will never come true, no matter how good he tries to make things sound. Stay clear of guys that are all talk and no action. Men that are legitimately interested in you and the relationship will back up their words into reality and not just just talk the talk.

Every time you meet up he wants to jump into bed. He gets annoyed if you want to do something else. Relationships are just not about sex. If someone only wants to sleep with you move onto someone who values you for everything you have to offer.

You feel suffocated when you are around him. He finds fault with all of your close family and friends. He demands to see your phone and gets angry if you don’t contact him straight away if he messages you. However he gets equally enraged if you dare to answer messages from anyone else in his presence. Control is not love or caring. Control is dangerous. Get out now.

Some guys claim they are not interested in their ex girlfriend, yet still display lovey-dovey photos of them on their social media pages. When you ask about why that is so you will be told you are crazy, it doesn’t mean anything or he doesn’t know how to delete them. This shows no respect for you or any relationship he professes to have with you. Get rid of him asap.

Everything is always about him. How you behave affects him. If you are sick it affects him. He shows no empathy for your situation or problems. Find someone who will be there for you when you need them. Relationships are about being there for one another in the good and the bad times. If he is only always interested in how your issues affect him he is selfish and as time goes on this will only increase. If you ever experience a huge crisis this guy will disappear and blame you for it.

Emotional abuse has been shown to be just as devastating as physical abuse. Are you walking on eggshells a lot of the time trying not to upset him. Has he ever hit you, threatened to hit you or belittled you? Is he constantly putting you down? Is everything you do wrong? Get out before he damages you to the point where you start believing his propaganda. Any form of abuse will only escalate over time. Don’t allow yourself to become a victim to feed some guy’s narcissistic tendencies. Run don’t walk away.

7. He refuses to apologize

Men with big, inflated egos who believe they are always right no matter what the circumstances, rarely apologize for anything. Even if it’s his fault when something goes awry he will rarely concede and instead throw the blame onto someone else. Most likely you will become his scapegoat if you stick around with him for too long. Get out.

Men that are jealous and clingy are usually just portraying how they are onto you. Because they cheat they assume you are doing it too. By keeping you off guard and pretending that they are concerned about your behaviors it takes the focus of them and how they act. Be very wary when a guy is jealous over nothing and starts to accuse you of playing up on him. This is a big red sign that he is actually not to be trusted. Move on.

9. He oversteps boundaries and doesn’t respect you

Watch out in the early days for how the guy treats you in your surroundings. Does he clean up after himself? Does he offer to help around the house at all? Does he borrow your car without asking? Does he act as though everything you have is his? If a man starts out by not respecting your space and doing his share of chores, this is only going to get worse as time goes on. Do you want to be his maid? Look out for the little things and if you notice a pattern of self indulgent and egotistical behavior, don’t hang around. Find someone who respects you and your boundaries and helps out when needed. Takers are selfish. Shut the door and tell him to take a hike.

Beware of the guy that bombards you with thousands of texts day and night. Although it may seem flattering at first this kind of love bombing is the biggest sign that a guy is a jerk. If he seems like an expert Texter that tells you all the romantic things that you love to hear, beware. He has most probably had heaps of practice wooing in many unsuspecting women with fairytale poems and admonitions of love and adoration that simply do not exist. Once he has you in see how quickly these texts of love turn into texts of control driving you to isolate from your support groups and make him the centre of your universe. Women can quickly get addicted to these constant messages which he calls his love for you, however checking up on you 24/7 is not normal. Genuine men do not have the time or desire to text women endlessly. The Serial Texter is a narcissistic guy in disguise and his texts are also a disguise to spin you into his web. Don’t fall for it. Block his number and delete his texts.

Women are very intuitive, we know deep down when something is not right. Always listen to your inner voice and move quickly away from the wrong guy before it’s too late. Better to be alone than with a Jerk.

Coronavirus new variant ‘AY.4.2’ could be even more infectious than Delta

Children from three years old will start being vaccinated for Covid-19 in ...