Tuesday, May 24
Home›Coronavirus›Children from three years old will start being vaccinated for Covid-19 in China
CoronavirusHealthNews 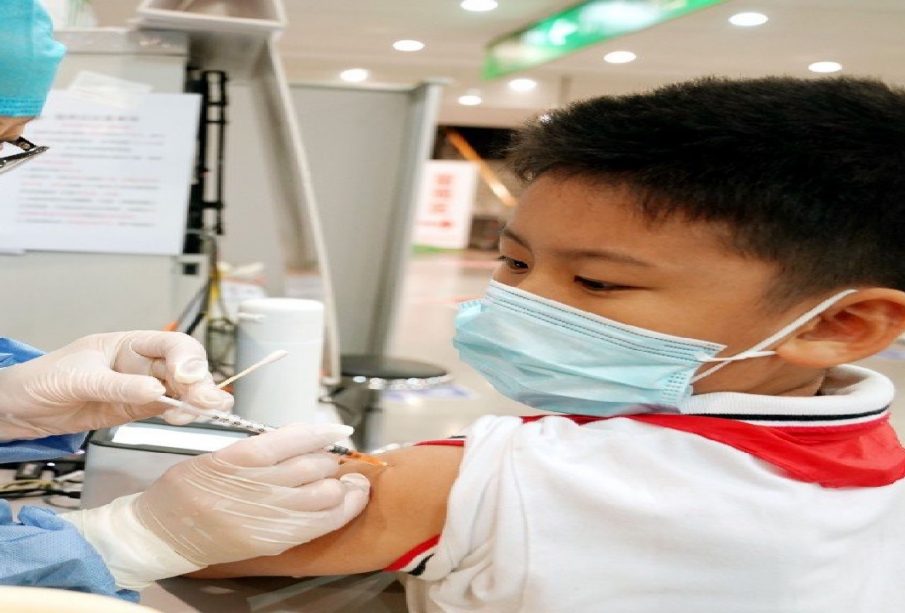 Local city as well as provincial governments in around five provinces in China have announced that children aged between three to 11 will be required to get vaccinations.

A spokesman for Sinovac confirmed that its vaccine had been approved for use on children.

Sinopharm, China’s other major vaccine, said that experts had demonstrated the effectiveness of its vaccine in children, but didn’t confirm whether it had been approved for use.

The World Health Organization (WHO) has approved both Sinopharm and Sinovac vaccines for emergency use in adults aged 18 and over but WHO does not currently recommend inoculating children against the Coronavirus.

Despite this the United States, Singapore, Britain and the European Union have all approved the Pfizer-BioNTech vaccine for those as young as 12.

China has already vaccinated 76% of it’s population however the government continues to maintain a zero-tolerance towards outbreaks of the virus..

China has strongly carried out lockdowns, quarantines and compulsory testing for the virus during the pandemic.

It has successfully vaccinated 1.07 billion people out of its population of 1.4 billion.

The government is striving for close to full vaccination before the Beijing Winter Olympics scheduled for February, 2022.

Overseas spectators have been banned from attending the Games, and participants will be obliged to stay in a bubble separating them from people outside.

China reported 33 new Covid-19 cases Tuesday, which included 19 in southern Guangdong province where the authorities have been battling to contain a local outbreak.