TV Binge-viewing increases the risk of blood clots by 35% 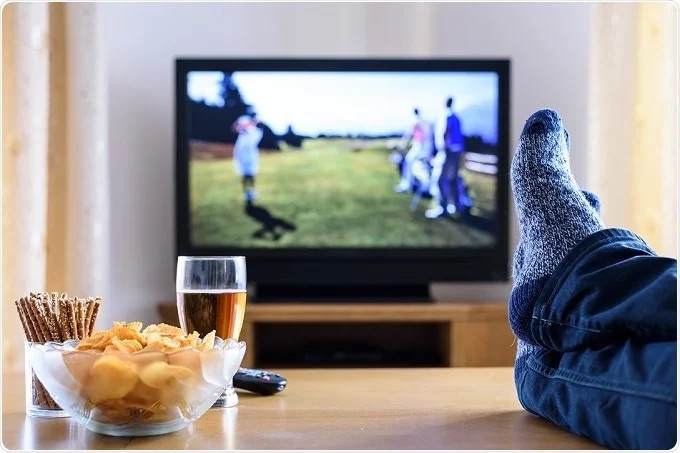 The consequences of watching too much television could potentially kill you.

New research claims that people who watch more than four hours of TV per day are more prone to develop a potentially fatal clotting condition known as venous thromboembolism (VTE) the most common which is knows as deep vein thrombosis (DVT).

Television viewing has increased since the pandemic which induced long lockdowns all over the world with people turning to TV for entertainment as a way to counter boredom and fill in the time when nothing much else was going on.

Millions of people develop DVT annually which generally afflicts the deepest veins in your body being the legs or the pelvis, however it has been known to occur in the arms as well.

The blockage emerges due to a lack of vigorous blood circulation often exacerbated by remaining in the same position for an extended period. As the clot forms it causes acute pain and swelling near the site.

If the clot is not quickly assessed and handled, it could possibly cause chronic damage to the vascular system. Some clots can even become dislodged and migrate to the lungs, severing off blood supply to the organ and manifesting into a life-threatening pulmonary embolism.

Researchers studied three previous studies involving more than 130,000 patients who were aged 40 years or older and who had previously not been diagnosed with a VTE and who were quizzed on their TV viewing habits.

The study found 964 VTE cases after monitoring the volunteers for between five and 20 years, with ‘prolonged viewers’ being 1.35 times more likely to develop clots than the ‘seldom viewers.’

It was also confirmed that exercising did not offset the risk of developing clots among those more addicted to TV viewing.

Researcher, Dr. Kunutsor noted that, “The findings indicate that regardless of physical activity, your BMI, how old you are and your gender, watching many hours of television is a risky activity with regards to developing blood clots.”

Prolonged TV viewing involves staying still which is a key factor in the development of VTE.

Dr Kunutsor pointed out that; “This is why people are encouraged to move around after surgery or during a long-haul flight.”

“In addition, when you sit in a cramped position for long periods, blood pools in your extremities rather than circulating and this can cause blood clots.”

“Finally, binge-watchers tend to eat unhealthy snacks which may lead to obesity and high blood pressure which both raise the likelihood of blood clots.”

“Our results suggest that we should limit the time we spend in front of television. Long periods of TV watching should be interspersed with movement to keep the circulation going.”

Study shows that drinking NO Alcohol is the best health choice