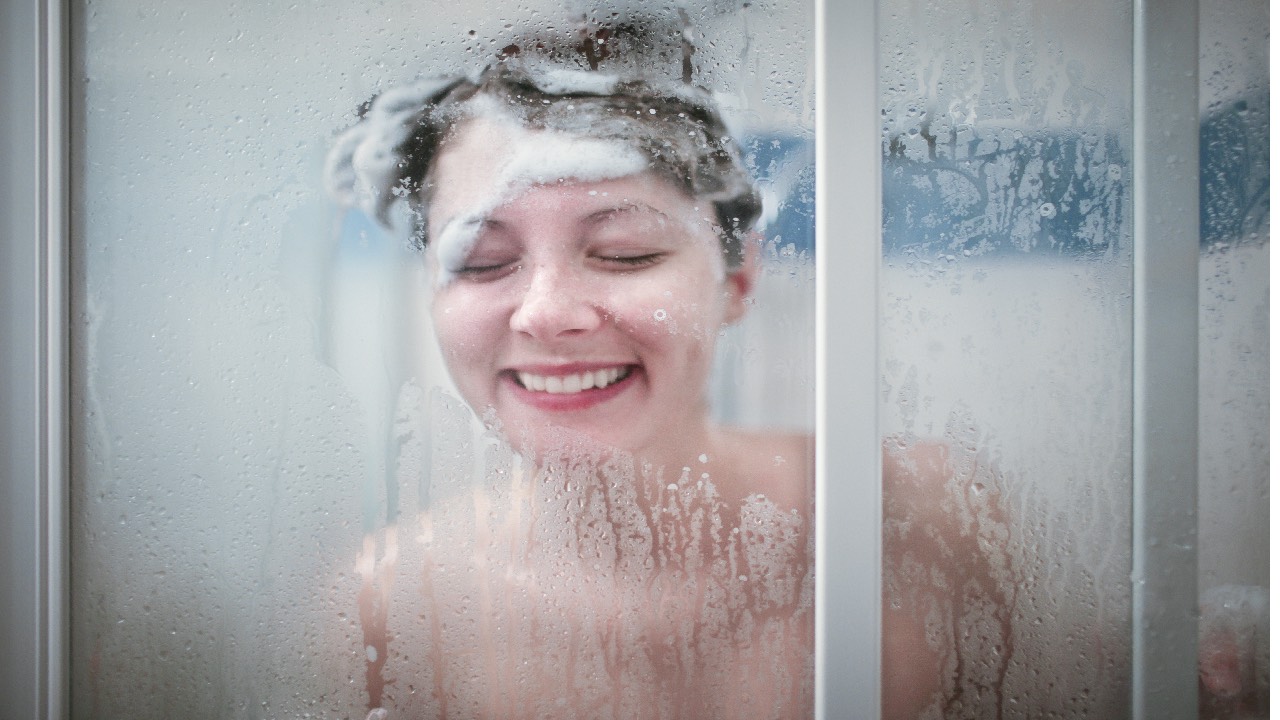 Do you pee in the shower? It is a common habit that many partake in, even though a toilet is usually in eyesight of the person peeing at the time.

Maybe you are so used to peeing in the shower you don’t even think about it anymore. You might even urinate when you are in there with your partner, thinking that your warm urine will merge seamlessly with the water gushing out of the shower faucet and not ever be noticed.

In a video on TikTok, doctor, Alicia Jeffrey-Thomas advises that if you indulge in shower peeing it’s time to ditch the habit.

Jeffrey-Thomas who is a certified pelvic floor therapist says that you could be conditioning yourself to urinate on command to the sound of the water spraying out if you don’t resist the urge to relieve yourself in unison with the running water.

Jeffrey-Thomas has described the psychological response as a Pavlovian effect.

“Your bladder relies on signals gets both from the stretch of the bladder walls as it fills, as well as signals from the brain which let it know when to contract to urinate,” she said.

“We want to avoid training our bladder to associate certain signals with the urge to pee. In this case, peeing in the shower associates the sound of running water with urination or with submersion in water. This can often transition into being triggered by other sounds of running water or when you’re in bodies of water.”

Also going to the toilet in the shower could be going against your body’s way of holding it in when you need to go.

The need to protect our pelvic floor and keep it strong to prevent leakage is highly recommended by Jeffrey-Thomas.

“From a pelvic floor perspective, the position for peeing in the showers not conductive to pelvic floor relaxation,” Jeffrey-Thomas told Buzzfeed.

“AMAB (assigned male at birth) bodies – as well as people who have had affirmation surgeries – do not have the same level of support for the bladder.”

“To maintain continence, the pelvic floor generally wants to remain contracted in a standing or hovering position, so to urinate in those positions, one has to bypass these normal continence mechanisms, which can be problematic down the line.”

“Shower peeing may seem like a silly thing to focus on, but there are many small habits that contribute to our overall bladder function and pelvic function.”

“This is about preventing problems later in life. Ask anyone who pees their pants: If they knew how to prevent the embarrassment and frustration associated with it, they would go back and do it in a heartbeat.”

So for those who participate in regular shower peeing the answer is crystal clear; resist the lazy urge to urinate while under the nozzle and the reward will be a potentially stronger pelvic floor that won’t let you down in the future.