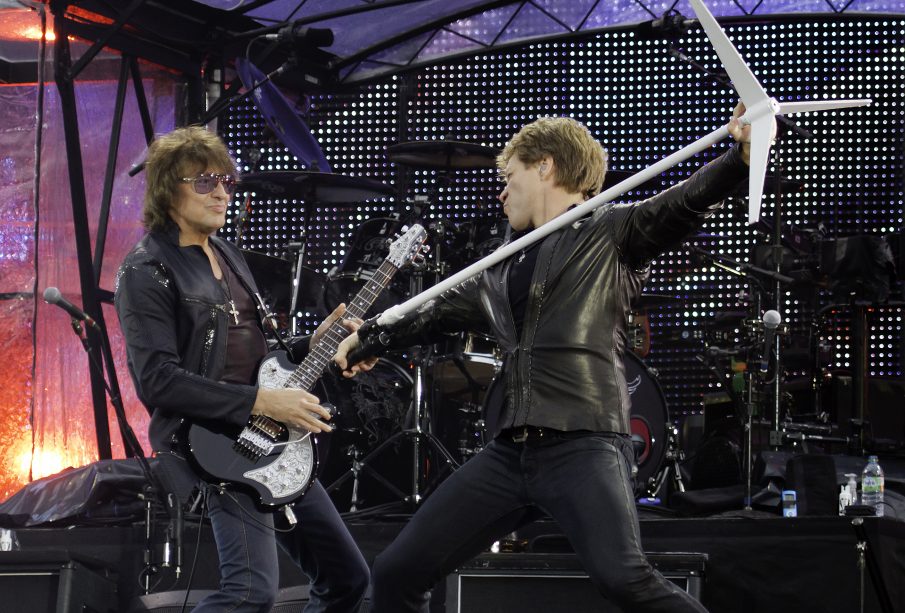 Richie Sambora who left the band in 2013 has opened up on the decision he made to put his daughter Ava first.

Sambora revealed that the lifestyle he was leading was not sustainable. ‘When I look back and start to list the tours…18–and-a-half months of being on the road, 52 countries… It’s like, wow. It was really time for a break. We did that 14 times over a 31-year period,’ Sambora told People magazine.

Sambora shared how he used to fly home for short visits during the bands tours. ‘Luckily I was making enough money to be able to have a private plane.. and see my kid even if it was only for one day. If it was Halloween, it was boom home,’ he said.

Sambora addressed comments from his former band member Bon Jovi earlier this year when he told the German outlet Rock Antenne that he ‘didn’t have his life together.’

‘When people say I don’t have my life together.. are you kidding me?’ Sambora said when talking to Daily Mail TV. ‘I’m the happiest dude on the block.’

Sambora, 61 says he has “no regrets” about putting his family first and said his decision to leave the band was because his daughter Ava now 23 had needed him. He first joined the band when it formed in 1983 and along with Jon co-wrote many of the band’s classic hits including “I’ll Be There For You,” “Wanted Dead or Alive;” “You Give Love A Bad Name,” “Bad Medicine,” and “Livin’ on a Prayer.”

Jon and Richie spent several years arguing after Richie left the band, which Sambora admits ‘wasn’t a popular decision by any means.‘ They were however able to put their differences aside in 2018 and play together when the band was inducted into the Rock and Roll Hall of Fame. Sambora hasn’t ruled out a future reunion with the band. ‘It would have to be a special situation for me to go back, but I’m certainly not counting it out,’ he said. ‘I have no malice toward that band.’ he said.

The Star says that his bond with Ava has now “deepened” because of the time they have spent together and what he has enjoyed the most over the years was driving her to high school every day. ‘That’s where the conversation went down. She was captive in my car for those 30 minutes. She couldn’t get out,’ he said. ‘You can find out what you needed to find out and say how she’s feeling and all that kind of stuff. We’ve always had a very open, conversational relationship. I just said. You can tell me anything. I’m going to be on your side.’ Sambora is extremely proud of Ava. ‘She’s an amazing young woman with a bright future. She’s just dedicated to being a good person,’ he said.

Sambora also confided that his relationship with his ex-wife Heather Locklear, Ava’s mum is all good. ‘I love Heather now more than when we first met,’ he admitted. ‘We still maintain a friendship and realize that we are definitely bound by blood and family. Whatever I had to do to support her, I did.’

However if the band never plays together again, Sambora seems like he can live with it. ‘I left my mark,’ he said.