Sunday, July 3
Home›Entertainment›Miley Cyrus is astounded to find out that her body is adorned with 74 tattoos
EntertainmentNews 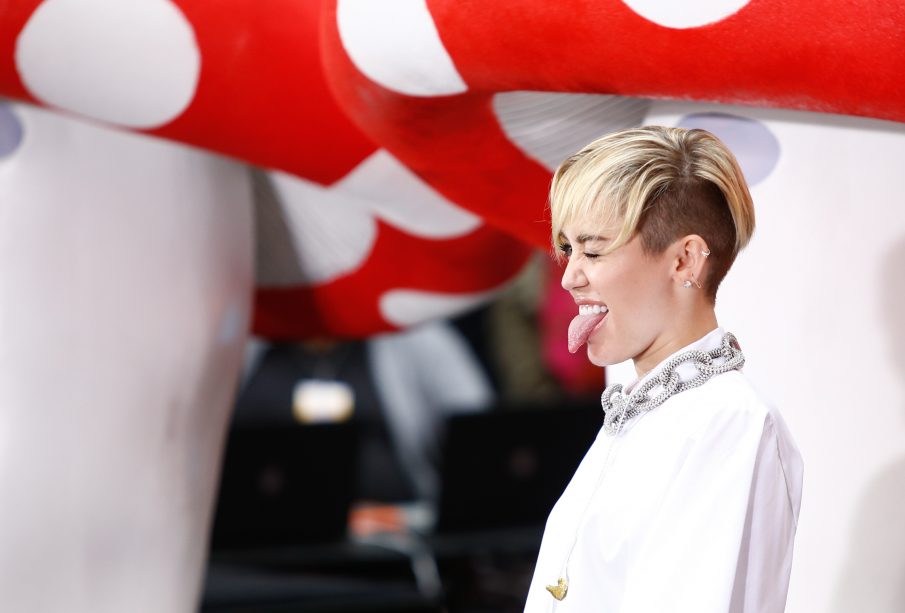 Miley Cyrus got to learn a bit more about herself on Tuesday when she appeared on Jimmy Kimmel Live.

Miley is well known for her love of tattoos but wasn’t sure of the number she had. While playing a game of Miley Cyrus based trivia with a superfan, a question she was asked was the number of tattoos that adorn her body. The fan incorrectly guessed the number to be 27 while Miley herself confessed that; ‘I have no idea.’

However Kimmel did. ‘How do we know this and you don’t?’ he asked Miley. The singers reply was ‘Because you probably are much more coherent when I am getting these tattoos than I am,’ she said.

Miley’s reaction as the late-night host went on to reveal that she actually has 74 tattoos on her body caused her jaw to drop in surprise. ‘Huh’ she said. Since leaving her days on the Disney Channel way behind her Miley has become known for her brazen sense of style which includes tattoos.. now numbering 74.

During her visit on the show Miley also discussed her mullet hair cut and says it came about because she had no other choice. ‘All of us have had to adjust (to the pandemic) a lot of things shutting down, keeping us from doing out standard routines, which one of them was going to get a haircut for me,’ Miley confided. She explained that when her bangs began to grow too long she turned to her mother Tish for assistance. Miley’s mum said; ‘Well I can cut your hair but I only know how to do one hairstyle and I’ve been doing it since 1992 for your dad and your brothers… All my mom can do is a mullet, so I had one option and I needed it.’

Billy Ray Cyrus, Miley’s father was well known for his mullet haircut at the peak of his music career.

‘I think there is something genetically where (our hair) just kind of grows naturally shorter up top and longer in the back,’ Miley punned. ‘That’s just kind of a natural shape that our hair grows in.’

Two allergic reactions to the COVID-19 vaccine in the U.K.