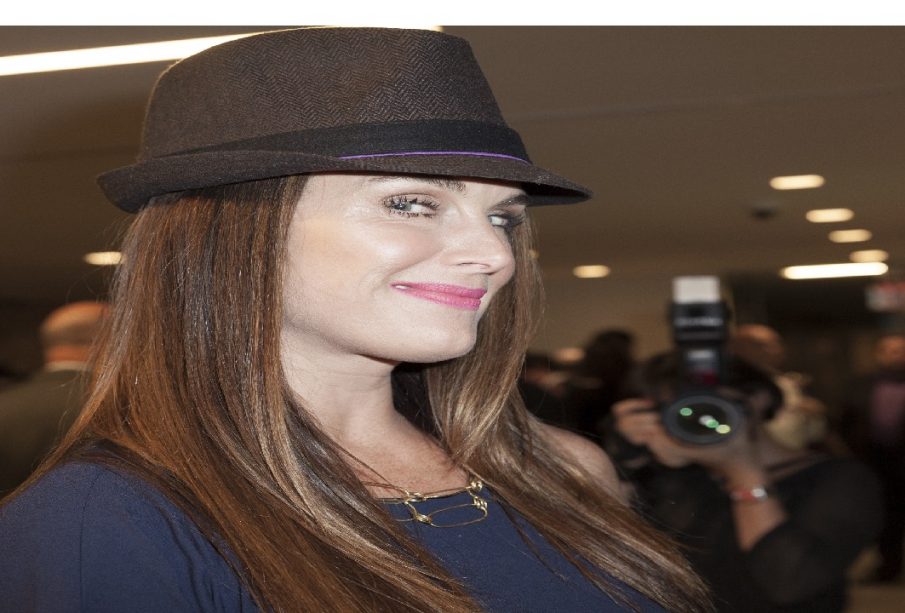 Actress Brooke Shields suffered an “excruciating”accident at a gym in January which shattered her right femur.

Shields 55, has revealed on instagram that she spent three weeks in hospital undergoing multiple surgeries after “snapping” her femur while using a balance board at a New York City gym.

She also shared that she now requires physical therapy to relearn how to walk again.

“I’ve come a long way since this, but the journey is just beginning,” she wrote.

“I felt like it was all in slow motion. And then I just started screaming,” she said, when referring to the moment she had fallen off the balance board and landed heavily on her femur.

“Sounds came out that I’ve never heard before. The pain was so excruciating.”

She describes herself “flying” from the balance board and landing hard on her leg.

Shields who was also afraid at the time that she could be paralysed was rushed by ambulance to hospital where she immediately underwent surgery to place two metal rods near her hip.

The actress required even more surgery with five further rods and a metal plate put in to hold her femur in place.

Shield’s nightmare was not over yet, as she was forced to return back to hospital after developing a severe staph infection from her hospital stay necessitating an emergency operation.

Now the previously super fit star is back at home and focusing on learning how to walk.

“The feeling of helplessness is shocking,” the actress told People.

Shields is however doing her best to remain positive.

“This is my journey and if it took me breaking the largest bone in my body, then recovery is something I want to share,” she said.

“We have to believe in ourselves and encourage one another. There is no other way to get through life, period.”