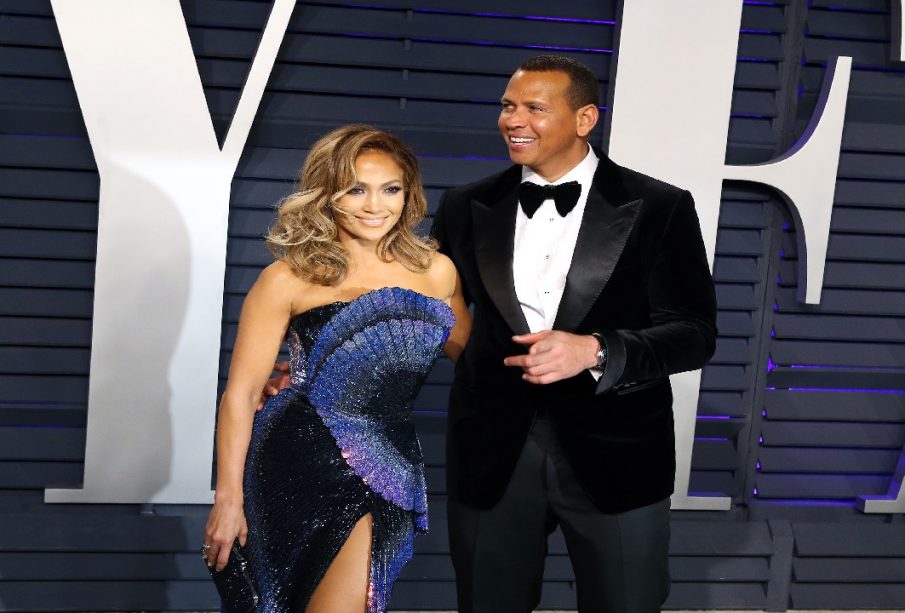 Last week reports surfaced that the celebrity pair had called it quits and ended their two year engagement, after several years of being together.

However not long after Lopez and Rodriguez have through a statement to Fox News confirmed that; “All the reports are inaccurate.”

“We are working on some things.”

In photos taken by Daily Mail, the pair could be seen sharing a kiss outdoors in the Dominican Republic where Lopez is currently filming a movie after Rodriguez had flown down to join her.

In further photos Rodriguez receives a seemingly very warm welcome upon his arrival as she wrapped her arms around him as he kneels down to her level.

A source has revealed that; “They are really trying to figure things out… it was a happy reunion.”

Lopez and Rodriguez have been together for several years, and engaged for the last two.

An alleged affair between Rodriguez and “Southern Charm” star Madison Clay led to recent reports purporting to the star’s split. However multiple sources advised at the time there had been no connection made between the two.