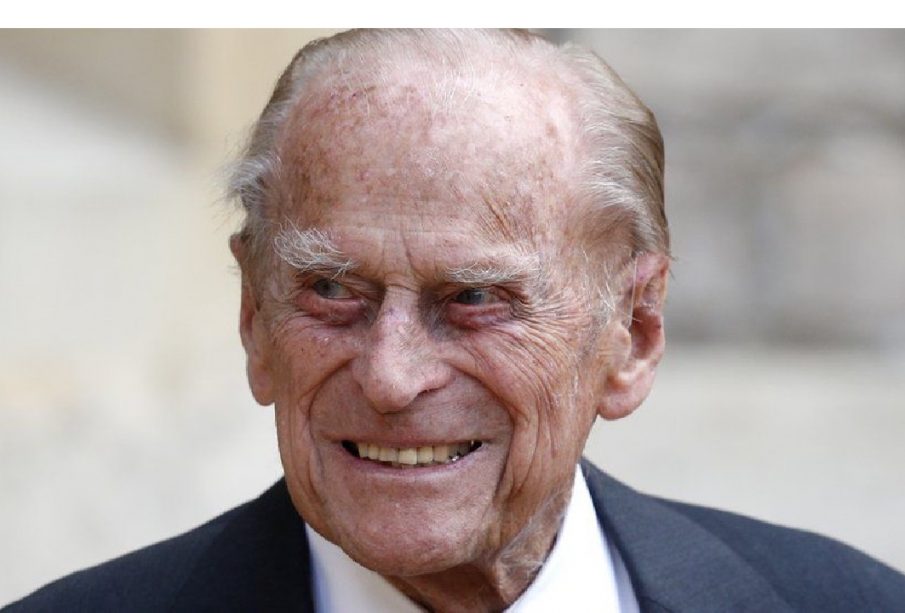 Prince Philip, Husband of Queen Elizabeth 11, has died on Friday at the age of 99.

Prince Philip, the longest-serving royal consort in British history was a constant companion to Queen Elizabeth ll during the 74 years they were married.

“It is with deep sorrow that Her Majesty The Queen has announced the death of her beloved husband, His Royal Highness The Prince Philip, Duke of Edinburgh,” Buckingham Palace announced Friday on Twitter.

” His Royal Highness passed away peacefully this morning at Windsor Castle.”

The oldest-ever male member of the British royal family, Philip was rarely seen in public after he retired from public duties in August 2017.

He did however accompany his wife to the weddings of their grandchildren, including: Prince Harry to Meghan Markle in May 2018, Princess Eugenie to Jack Brooksbank in October 2018 and Princess Beatrice to Edoardo Mozzi in July, 2020.

His most recent public event was a military event at Buckingham Palace in July 2020.

Philip was hospitalized on Feb. 16 after being taken to King Edward V11 hospital in London on the advice of his doctor after “feeling unwell” Buckingham Palace said in a previous statement. He was released a month later, following treatment for an infection and a successful procedure for a pre-existing heart condition. He later returned to Windsor Castle, where he and the Queen have been staying amid the Coronavirus pandemic.

Philip, who would have turned 100 in June, had been plagued by a spate of health issues in recent years. He was hospitalized in December 2019 in relation to a “pre-existing condition,” as reported by the palace at the time.

He also had a car accident in January 2019, which resulted in him voluntarily giving up his license and underwent hip replacement surgery in 2018.

The Queen paid tribute to her husband in a 1997 speech to mark their 50th anniversary, “and I, and his whole family, and this and many other countries, owe him a debt greater than he would ever claim, or we shall ever know.”

Philip completed more than 22,000 solo public engagements, gave almost 5,500 speeches, made more than 600 foreign trips, and was involved in more than 780 organizations and charities during his long time in public life.

He jokingly referred to himself as “the world’s most experienced plaque-unveiler.”

The death of the Queen’s husband and closest confidant will raise questions over whether she might consider abdication, but royal commentators say there is little or no chance that this will happen.

In recent years, the queen has cut the number of official engagements she carries out and has passed many royal duties and patronages onto Prince Charles and his son William as well as other senior royals. However the Queen still carries out the most symbolic of the monarchy’s state duties, such as the opening of parliament.

Although publicly he played second fiddle to his wife, Philip was in private regarded the head of the family.

Some royal watchers believe that his absence from this role in recent years due to this declining health have played a role in some of the monarchy’s recent tribulations, including the crisis of Charle’s younger son Prince Harry and his wife Meghan in regards to the decision they made to renounce their royal roles.

“The main lesson that we have learned is that tolerance is the one essential ingredient of any happy marriage,” Philip said in a 1997 speech.

“It may not be quite so important when things are going well, but it is absolutely vital when things get difficult. You can take it from me that the Queen has the quality of tolerance in abundance.”

Even though Philip is entitled to a full-blown state funeral, the Duke expressed a preference for something far more simple before his death.

Rather than lying in state at Westminster Abbey, it is believed that the Duke’s body will lie at St Jame’s Palace instead, where Princess Diana lay for several days before her funeral in 1997.

In regards to the funeral it is also thought that the guest list will comparatively paired back with only family, friends and heads of state from Commonwealth countries attending a service at St George’s Chapel in Windsor Castle, in the style of a military funeral.

10 reasons to live and work in Dubai