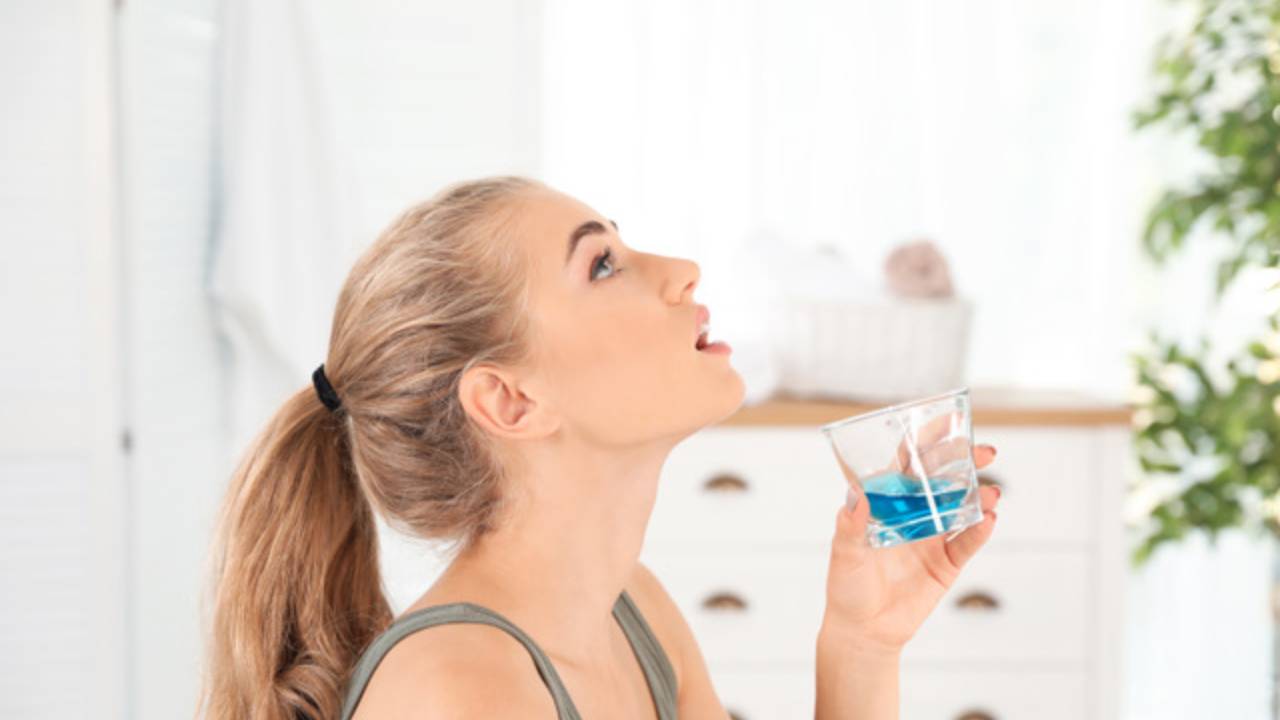 Could using a mouthwash not only make your breath fresher but also have the benefit of reducing the viral load in your mouth? A study published in the Journal of Medical Virology by researchers at Penn State College of Medicine have concluded that mouthwashes, a baby shampoo and certain oral antiseptics ‘may have the ability to inactivate human coronaviruses’ when talking, sneezing and coughing.

The study did not specifically test the new coronavirus, SARS-CoV-2 in undertaking their research they analyzed a common cold causing strain that is “genetically similar” to SARS-CoV-2 called 229e. The study involved the testing of varied oral and nasopharyngeal rinses which comprised of baby shampoo, a neti pot, sore-mouth cleaners and mouthwashes including  Listerine Antiseptic, Crest Pro-Health, Orajel Antiseptic Rinse to see how successful they would be in defusing the 229e virus strain. The effectiveness of the mouthwash and oral rinses found that they were successful in inactivating 99.9% of the virus after only 30 seconds of contact time. The baby shampoo solution commonly used by head and neck doctors to rinse the sinuses proved to be extremely effective inactivating 99.9 percent of human coronavirus after a two minute contact time. Craig Meyers, a distinguished professor of microbiology, immunology, obstetrics and gynecology who led the study has been researching various ways to help halt the spread of the coronavirus and reduce its transfer rate through aerosolized respiratory droplets which is a method of transmission of SARS-CoV-2. ‘I was in the drugstore and I just saw the bottle of Listerine, and it said  “kills germs that cause bad breath” And I thought. “What the heck.” ‘I bought it and we threw it into the studies and we were a little surprised on how well it worked’ at inactivating human coronaviruses, Meyers explained. Another study conducted in Germany that was published by the Journal of Infectious Diseases in July also was able to link the inactivation of SARS-CoV-2 through the use of certain oral rinses. Eight commercial mouthwashes were used in a cell culture test and showed that after a 30 second period the SARS-Cov-2 virtual load was substantially decreased.

However not everyone is convinced that increasing dental hygiene manifests into a form of defence against COVID-19. ‘I don’t have a problem with using Listerine.’ stated Angela Rasmussen, a virologist at Columbia University. ‘But it’s not an antiviral.’ However Dr. Valerie Fitzhugh, a pathologist at Rutgers University pointed out a study from the 1990’s where researchers in Texas were able to inactivate a strain of flu virus by swirling it in Listerine for 30 seconds. But she added that study: ‘was never shown to be clinically evident.’ Dr William Schaffner, a professor of infectious disease at the Vanderbilt University Medical Center and the medical director for the National Foundation for Infectious Diseases backed up the importance of clinical trials involving humans. ‘It’s one thing to show something in a laboratory, it’s another to show something similar in humans.’ he said. ‘We need data and people first (before ) making these recommendations to people.’ Schaffner added that: ‘mouthwash doesn’t go down into my throat, or behind my nose, or back into my bronchial tubes… it could conceivably be of some use.’ he conceded in regards to using oral mouthwash in a safeguarding effect to reduce transmission of the virus. ‘But I expect it would be at best quite modest.’

Meyers has stated in defence to criticism on the limitation of his findings that research has to start somewhere. ‘Research does not start with human volunteers, but in the lab. You need to first demonstrate on the lab bench and in the tissue culture cabinet that there is a potential for a positive health effect. Once that research foundation is demonstrated then you can try to move to human trials. I believe it is short-sighted for those who are making statements with such finality that these rinses will not help. Those who do lack an understanding of the research process.’ Meyers said alluding to the fact that currently clinical trials are underway on this subject. ‘Demonstrates that many experts feel there is significant promise.’

While Dr. Rasmussen does not yet see a Coronavirus deterrent effect in the use of mouthwashes saying: ‘You can use mouthwash to reduce your chance of getting gingivitis …. I don’t think it’s going to have a meaningful impact on your ability to transmit this virus.’Meyers himself shares that he personally uses mouthwash twice a day but he does warn people not to use mouthwash as a one all means in fighting Covid-19. ‘I would say wear your mask, do your social distancing. Do what you’re supposed to be doing but this could just be an extra help.’ he advises.