Long term brain damage? Can having COVID-19 reduce your IQ? 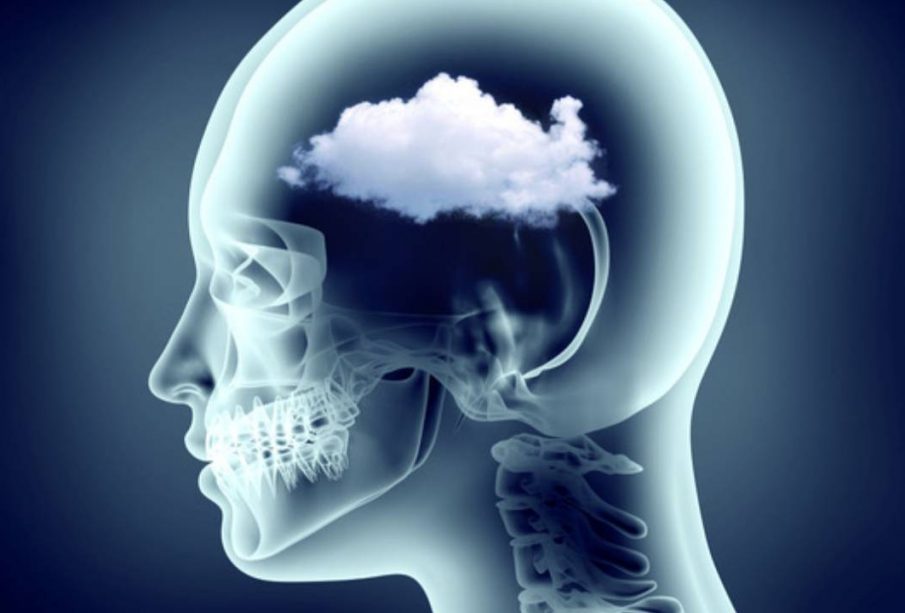 The vast majority of people infected with the human coronavirus are either asymptomatic (meaning they exhibit no signs of symptoms from a disease) or can suffer mild symptoms including a dry cough, fever, fatigue and a sore throat. A temporary loss of taste and smell can also occur. This group of people typically recover within a very short period of time generally no longer than a few weeks. For approximately 10 -15% of others however the disease is considered serious with more debilitating symptoms and a further 5% in this group will become critically ill with ‘closed cases of the virus’ reporting a 3% death rate. Patients with severe COVID-19 regularly describe a far more complex range of symptoms including brain inflammation (encephalitis) causing confusion and reduced consciousness. Up to 6% of severe sufferers may also have a stroke.

As if it were not enough to be infected with coronavirus and to potentially suffer from the malady of side effects which can for some lead to intubation followed by months of rehabilitation, another new and alarming trend of the consequences of being affected by the virus is rapidly emerging and being reported by thousands of coronavirus survivors. The  potentially insidious long term effects the virus can wreak include multi faceted symptoms including fatigue, lingering cough, shortness of breath, loss of taste and smell, headache, body aches, diarrhea, nausea, chest or abdominal pain and confusion with one of the most concerning of all being cognitive decline. In the United Kingdom (UK) a study of over 84,000 people established that the effects of the virus left even those considered to be recovered with ‘chronic cognitive consequences’ that corresponded to a reduction of 8.5 IQ points. The  study stated that Coronavirus can significantly impact brain function, causing mental decline equivalent to the brain aging 10 years. Doctor Adam Hampshire who conducted the research at the Imperial College in London said the decline was a ‘large enough difference’ to ‘notice an impact on the ability to cope with your normal job and everyday life.’  The study used cognitive tests that are frequently used to assess brain performance in diseases such as Alzheimers such as remembering words or joining dots on a puzzle. The study concluded that the cognitive deficits were of ‘substantial effect size’ and ‘scaled with symptom severity’ especially in those that had been hospitalized but also ‘evident amongst those without hospital treatment.’

An app that was developed at King’s College London that records daily symptoms tracked the progression of more than 4 million COVID-19 patients in the United States, Sweden and the UK. The usual  symptoms associated with the coronavirus were most commonly reported, but those who developed more severe forms of the disease also detailed symptoms including confusion. Many who are suffering ‘ a long haul’ range of symptoms well after they have been given the all clear by doctors and are told that they are free of coronavirus, feel like they are anything but. A swelling number of frustrated patients, some of whom claim they have been able to go back to their normal duties and way of life say they can be dismissed when relaying lingering symptoms that they attribute to the coronavirus. Some feel they are being labelled as hysterical and are sick of the real physical symptoms they are experiencing being downplayed as a psychological reaction and not taken seriously.  Fibromyalgia is a disorder which too is often referred to as a psychosomatic illness with symptoms often beginning after a stressful event including surgery, infection or emotional and physical trauma. Symptoms of Fibromyalgia can include widespread pain and discomfort, fatigue and as with coronavirus cognitive difficulties known as fibro fog  which impairs the ability to concentrate and pay attention to mental tasks.

However the sheer numbers of coronavirus patients reporting lingering after effect symptoms from coronavirus are estimated to be as many as one in three infected by COVID-19. These span from deep exhaustion, racing heart and chest pain and a brain fog that inhibits the ability to concentrate and complete tasks that were previously achievable. Dr Paul Garner, an infectious disease specialist at the Liverpool School of Tropical Medicine in the UK is someone that could certainly empathise with patients suffering long term coronavirus symptoms. He himself was infected in late March and he reports that he is still experiencing the after effects of being exposed to the disease. In a blog post published by the Medial Journal he recounts having a ‘…..muggy head, upset stomach, tinnitus, pins and needles, breathlessness, dizziness and arthritis in the hands’ He reports that these symptoms come and go but are not yet resolved and he describes this as being ‘….. deeply frustrating… A lot of people start doubting themselves… Their partners wonder if there is something psychologically wrong with them.’

Previous experiences with other coronaviruses confirms that long term symptoms have also been reported in many patients. A Canadian study tracked a group of the first SARS survivors from an outbreak in Toronto. They concluded that long term effects of being exposed to the virus resulted in sleep disturbance, chronic fatigue, depression and muscle pains with only 14% of those studied reporting no long term symptoms. A Korean study conducted on a group of Middle Eastern Respiratory virus (MERS) survivors found that 48% were still experiencing chronic fatigue after 12 months of being cleared of having the virus. Influenza has also been linked to persistent symptoms such as muscle pain and fatigue including and after both the 1890 and 1918-1919 pandemics.

This latest report on a potentially rapid mental decline that being afflicted with COVID-19 can unleash should be however treated with caution warn many experts. Although the results align with the brain fog after effect commonly reported by many people even after months of recovery who state that they are unable to work or concentrate as they did prior to exposure to the virus many are still not convinced that the cognitive deterioration as reported is confirmed or relevant. ‘The cognitive function of the participants was not known pre-COVID, and the results also do not reflect long-term recovery – so any effects on cognition may be short-term.’ said Joanne Wardlow, a professor of applied neuroimaging at Edinburgh University. Derek Hill, a professor of medical imaging science at University College of London was also not convinced calling the results.. ‘Intriguing’ but ‘inconclusive’

For thousands though their ongoing symptoms including brain fog of varying degrees is real and ongoing. Desperate sufferers have taken to social media joining Coronavirus Support Groups for those that are still suffering physical and mental effects after their exposure to the COVID-19 months after being cleared of infection looking for answers and garnering support and understanding from those that are experiencing the same symptoms that have inhibited them from resuming their lives and sometimes viewed with disbelief from others as they are supposed to be cured after being diagnosed as negative from the virus. But for them this is simply not the case. As the infections of coronavirus continue to rise it is yet to be seen if thousands more will join the ranks of long term sufferers who are asking for answers and a cure not just for COVID-19  but also for the long term side effects that some describe as worse than the virus itself.

Could using mouthwash help to safeguard you from Covid-19?