Millionaire willing to eat cat food to save money 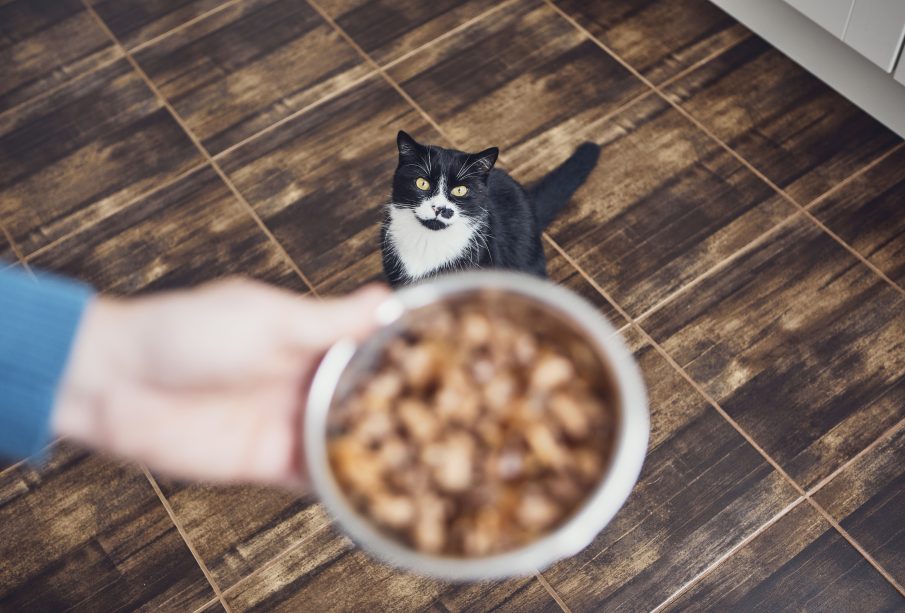 How do some people become millionaires and sustain their wealth? For Aimee Elizabeth who has a net worth of $5.3m eating cat food is on her list of bizarre tips as it is 30 cents cheaper than buying a tin of Tuna.

She states that eating a food normally confined to our feline friends could actually be relabelled as “chicken and tuna in light gravy.”

Aimee has also confessed that on occasion she has also fed cat food to her human guests. ‘When I go to these extremes I think people see it and it annoys a lot of them but I don’t care. It saves money.’

Aimee cuts no corners in saving $200,000 every year with the extremely frugal habits she has developed. Recently featured on TLC’s Extreme Cheapskates Aimee shares how she manages to make her daily life as cheap as possible.

In addition to incorporating cat food as a dominant staple in her household, she only buys second hand and refuses to throw anything away. To illustrate how serious she is in regards to this money saving habit she makes reference to a tattered and dirty looking old sponge that she uses to wash her dishes. ‘I don’t see any reason to throw it away,’ The 50-year-old Las Vegas resident said.

She also cuts down on utensils by owning just one kitchen knife that she says she never washes, instead wiping it down on a towel and putting it straight back in the drawer.

Vigilant in her quest to save water and most importantly money she only heats it up for the bare minimum requirements.

‘I keep my water heater turned off, I need 22 minutes to heat it up enough to get a shower so I turn it on every morning when I get up,’ she has stated.

‘I set it for 22 minutes so I know exactly when my shower’s ready – because God forbid I waste another minute on that water heater.’

Aimee claims that her water saving efforts tally to around $80.00 that she is able to save every month.

Aimee also reveals that having an ex-husband that cleans for free can also play a role in consistent saving.

Why use a cleaner or do it yourself when your ex-husband can do it for free?

Not only does her ex-husband Michael Murrey clean the glamorous house she lives in, being well aware of her frugality he let her have it in the divorce proceedings.

‘He’s got a good heart and he insisted that I keep the bouse because he knew that if I didn’t keep the house I would move into a hovel of a one-bedroom apartment to save money… and he’s right,’ Aimee explained.

Aimee’s job often means she needs to travel to Los Angeles but instead of flying which would cost around $250, she chooses to save the money and drives four hours each way in her 17-year-old car.

Perhaps Aimee’s extreme money saving habits stem from the fact that she was homeless at age 15 and although she went on to become a self made millionaire by her late 30s, the specter of potential poverty remains

A monthly spending budget of $1000 is all she allows herself and refuses to go over.