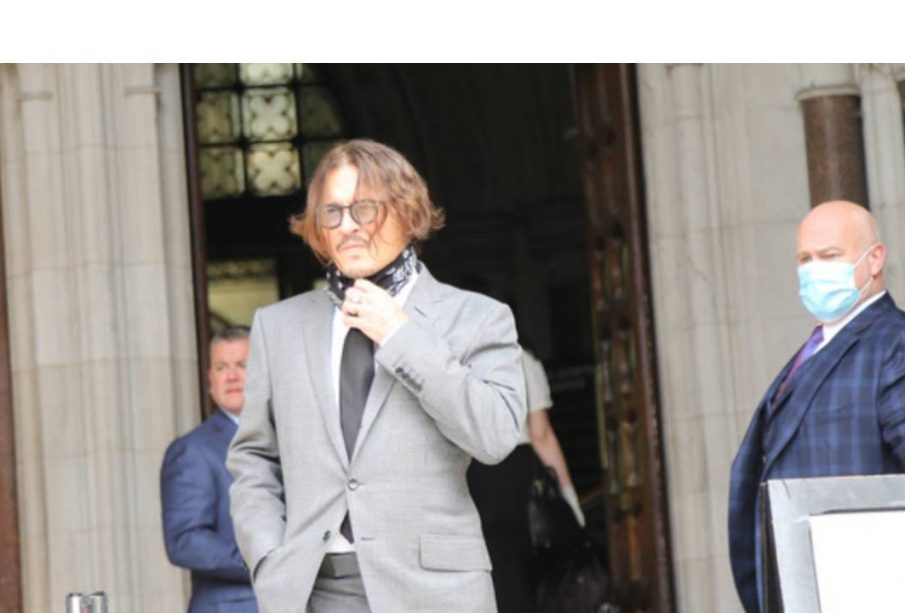 The lengthy lawsuit that Actor Johnny Depp filed against News Group Newspapers, publisher of The Sun, and the newspaper’s executive editor, Dan Wooton, over an April 2018 article that accused him of assaulting his wife Amber Heard has been unsuccessful. In his ruling, Justice Andrew Nicol said Depp had ‘not succeeded in his action for libel’ confirming that it was his judgment that the defendants had proved that ‘what they published in the meaning which I have held the words to bear was substantially true.’

The verdict is a massive loss for Depp both financially and personally. ‘The reputations of both Johnny Depp and Amber Heard are tarnished irrevocably.’ remarked Mark Stephens, a media lawyer at the law firm Howard Kennedy. During the proceedings Depp was painted as a wife beater by the newspaper’s main witness Heard who testified that Depp turned into what he self described as the ‘Monster’ when under the influence of drugs and alcohol. While Depp did admit to using a wide range of drugs including cocaine, ecstasy, magic mushrooms and marijuana he emphatically denied that the drugs made him violent. ‘I am certainly not a violent person, especially with women.’ he said. Heard spoke of 14 episodes during the period between 2013 and 2016 where she was hit, slapped and shoved by Depp, also alleging he pulled her hair and threw bottles at her. She said these violent assaults had a glamorous backdrop and that some  took place on Depps private island in the Bahamas, an executive jet and their luxury penthouse. Depp called the claims ‘sick’ and a ‘hoax’ and said that Heard was the actual aggressor in their relationship. He asserted that Heard was the initiator of violent actions during the relationship and recounted an altercation when they were in Australia during filming of a ‘Pirates of the Carribean’ movie that a bottle of vodka Heard hurled at him resulted in the severing of the tip of his finger.

Heard and Depp who met on the set of the 2011 comedy ‘The Rum Diary’ married in Los Angeles in 2015. The marriage did not last long. They separated the following year, then divorced in 2017. For their divorce settlement Heard received $7 million dollars and got to keep the couples two dogs Pistol and Boo.

The Sun described the decision as a ‘stunning victory for press freedom’ and stated it had campaigned for the rights of victims of domestic violence for over 20 years. ‘Domestic abuse victims must never be silenced and we thank the Judge for his careful consideration and thank Amber Heard for her courage in giving evidence to the court.’ Elaine Charlson Bredehoft, Heards U.S. counsel, said in a statement that the verdict ‘is not a surprise’ for anyone that had followed the trial. And the legal cases are still ongoing for Depp. ‘Very soon we will be presenting even more voluminous evidence in the U.S.’ Charlson said. Another trial is due to be held next year in Virginia over a Washington Post story on domestic violence, where Depp is suing Heard for $50 million.
Depp’s lawyer, David Sherborne called Heard ‘a wholly unreliable witness and frankly a compulsive liar.’ He accused her of donning the mantle of the #MeToo movement under the guise of garnering sympathy for being abused. Heard insists however that she spoke out reluctantly and was telling the truth. ‘What woman has ever benefited from being a victim of domestic violence?’ she asked in court.

The end of an era. Sean Connery, the original James Bond, dies ...

How to take a holiday without leaving your bed