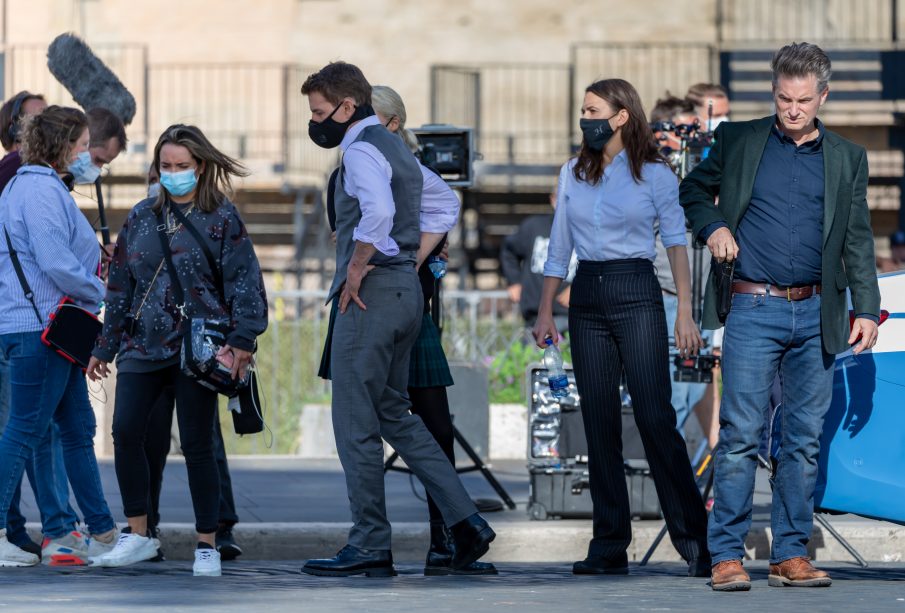 According to reports production on Tom Cruises’s “Mission Impossible” film will be moved to a former tank design base in Longcross in Surrey from its current position at Leavesden in Hertfordshire.

According to “The Sun” the actor is spending millions to adapt a former military base to ensure that the rest of the production goes smoothly.

Cruise, 58 recently berated crew members on the set of “Mission Impossible 7” for defying COVID-19 safety guidelines as he simultaneously fights hard to keep the filming safe and avoid costly shutdowns.

‘If I see you do it again, you’re f–king gone! ‘ Cruise threatened the offenders in a long rant which included telling staff the huge degree he needs to go to to keep filming of the movie going and how others in the business are going broke and losing their homes.

Cruise himself reportedly always dons a mask on set and practices social distancing. He has also invested endless time and energy going to extreme measures to keep the film set Coronavirus-free. Reportedly, he spent over 500,000 GBP of his own money for a cruise ship where the cast and crew could reside during filming to reduce any contact which could lead to infection of the potentially deadly virus.

Yael Shelbia, winner of TC Chandler’s “100 Most Beautiful Faces of the ...