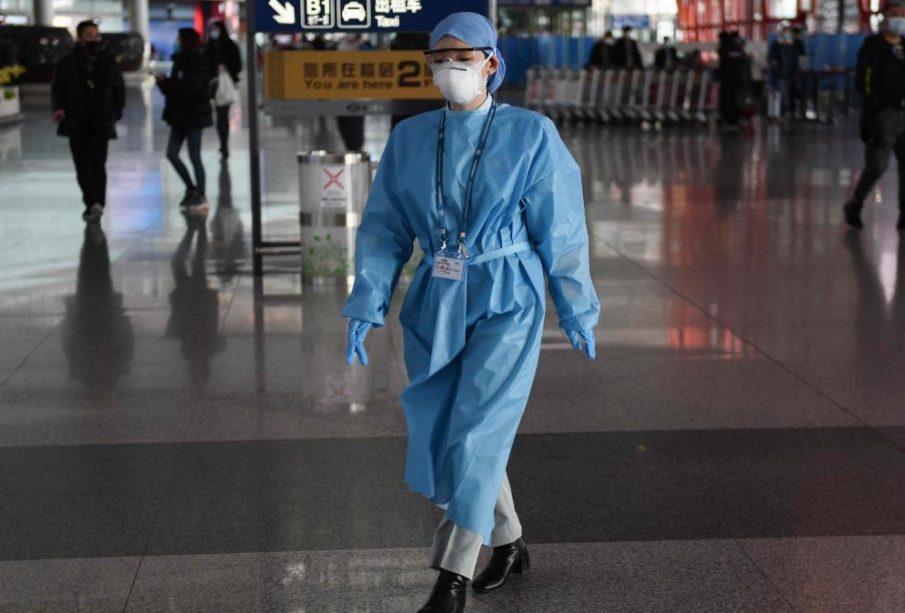 A woman who was recently found to be infected with Omicron and was Beijing’s first case reportedly lives in the area.

The sample is then tested at a lab and analyzed in the same method as Polymerase Chain Reaction (PCR) the traditional coronavirus test which swabs the nose or throat.

China has canceled plans to sell tickets to the public for the upcoming Olympics and is allowing only ‘selected’ people to attend.

Eleven cases of Omicron have so far been confirmed in the capital and Beijing is in the middle of a strict lockdown hoping to avert a heftier outbreak when the Olympics commences.

The traditional Olympics torch relay will also be sectioned off from the public in an effort to hinder the virus from spreading.

Is drinking your own menstrual blood good for your health?