BIDEN WOULD PUSH FOR MANDATORY FACE MASK POLICY IF ELECTED 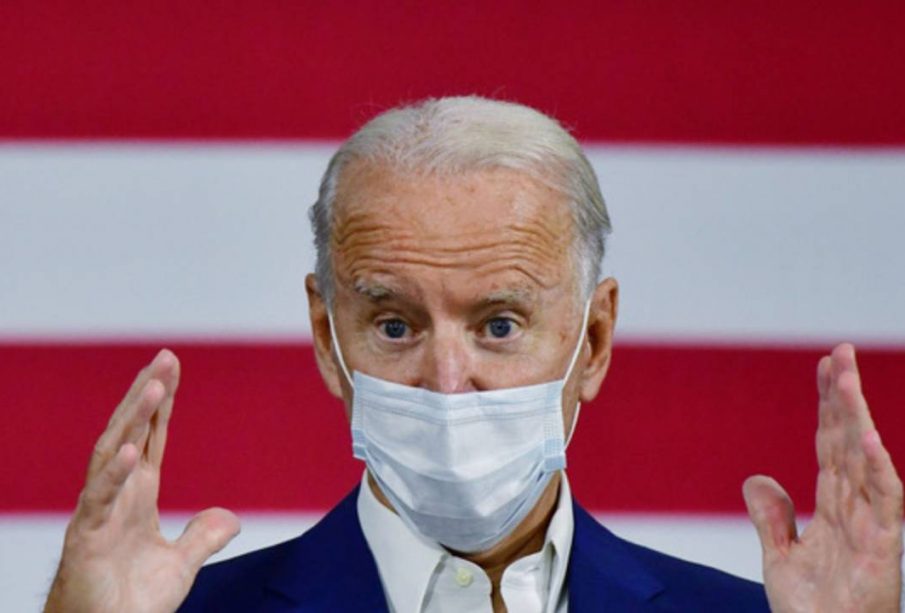 Democratic Presidential Candidate Joe Biden has spoken out in his hometown of Wimington, Delaware on Friday about his plans to combat the coronavirus if he is elected president. Biden lashed the current president Donald Trump’s handling of the Pandemic and pushed forward his own proposals for implementation that he states will bring the virus under control that has claimed the lives of over 225,000 Americans and wreaked economic devastation on the United States as it has on the rest of the world.

‘COVID-19 dwarfs anything we’ve faced in recent history.’ Biden said. ‘And it isn’t showing any signs of slowing down… the virus is surging in almost every state.’ Biden made reference to Trump’s response from his recent televised town hall event at the White House with the Sinclair Broadcasting Network on what he’d do differently to get the pandemic response right from the start. ‘His answer was’ and I quote said Biden. ‘Not much.’

Biden says he will if elected ‘immediately put in place a national strategy that will position our country to finally get ahead of this virus and get back our lives.’ The continuing effects of the Coronavirus and the economy which has severely contracted due to the Pandemics effect are the key issues that will affect American voting decisions. Biden mocked Trump’s following comments from their last debate on the coronavirus. ‘I’ve been congratulated by the heads of many countries on what we’ve been able to do with the – if you take a look at what we’ve done in terms of goggles and masks and gowns and everything else, and in particular ventilators…… we’re rounding the corner and it’s going away.’ On Friday Biden asked his supporters. ‘If this is a success, what does a failure look like?’

Biden himself who has always presented as a ‘mask fan’ has said he would ask every Governor to make the wearing of a face mask compulsory and if this request was refused, he would pursue it through the Mayors and their relevant municipalities to make it happen. Biden has consistently criticized Trump for not wearing a mask and although he said  in his Town Hall Interview that he was pleased the President was better after getting infected with Coronavirus he also went on to say that he hoped he would be more sensible in the promotion of mask wearing to help stop the spread of the virus after his experience.  Biden again repeated the difference in Trump and his beliefs in viewing the virus with him reiterating Trump’s comments from their recent debate that we ‘need to learn to live with the virus.’ made in relation to keeping the country open so that the economic downslide could halt, along with increased levels of suicides and domestic violence among other serious side effects. However Biden countered Trump’s analogy with the opposite view saying. ‘We are learning to die with it.’ (coronavirus)

Biden also declared that ‘once we have a vaccine, It must be free to everyone whether or not you’re insured. This disclosure had the Trump administration tweeting that ‘Joe Biden is lying about the coronavirus vaccine. The Trump administration announced a plan to make the vaccine free for all Americans over a month ago.’

If the coronavirus pandemic has turned into Trump’s biggest obstacle in winning a second term, it has surely turned into Biden’s biggest card. It is not clear if Biden would be more successful than Trump in taming a virus that is now unleashing second huge waves in Europe and is essentially a huge global concern. Biden’s argument is that if Trump had handled the response to the virus in a more responsible manner that tens of thousands of lives would not have been lost. Trump says that if he had not handled it as responsibly as he had millions of lives would have been lost. It remains to be seen if  the stubborn spread of COVID-19 along with all its devastating effects also play out as a political weapon to end Donald Trump’s presidential reign and with it Joe Biden’s succession.

Chelsea Handler is willing to go all the way to get ex ...