Thursday, July 7
Home›Health›Want to increase your mortality, develop a chronic disease or risk going bald? Live with a smoker!
Health

Want to increase your mortality, develop a chronic disease or risk going bald? Live with a smoker! 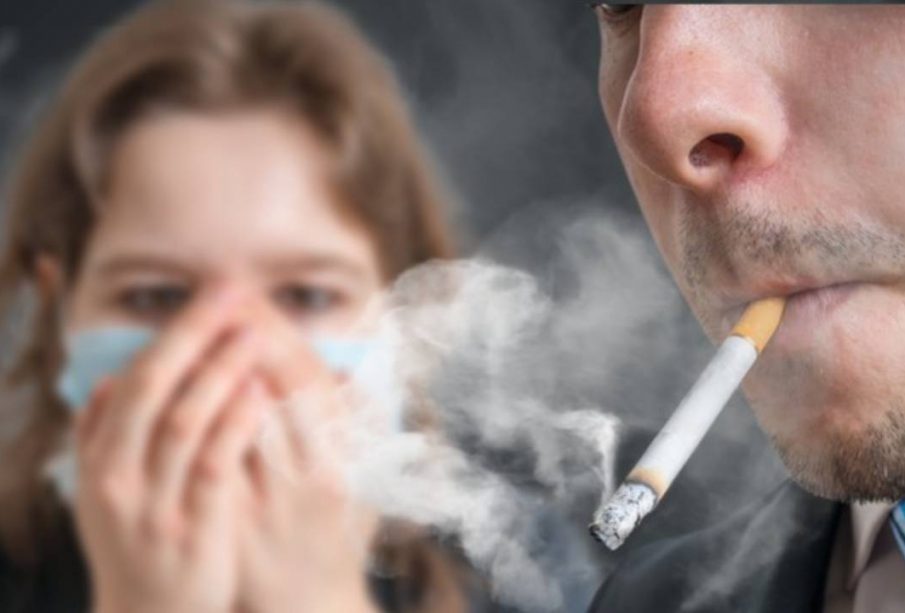 Smoking is one of the most harmful things that you can indulge in to damage your body in numerous ways. However smoking doesn’t just detrimentally affect the health of the  smoker it also impacts a non smokers well being and puts them at risk for the serious and potentially deadly side effects that this habit manifests. People who regularly breathe in secondhand smoke (commonly referred to as passive smoking) are just as likely to succumb to the same diseases as those that smoke which include serious afflictions such as lung cancer and heart disease.

As well as being a hazard for passive smokers and causing an estimated 53,800 deaths a year in the United States (U.S) alone in people that DON’T SMOKE but are subject to the second hand smoke that smokers emit, the perilous effects of third hand smoke is increasingly recognized as a potential danger especially to children and those with pre existing conditions such as asthma. Smoking leaves chemical residues on surfaces in the areas where the smoking has occurred, which can persist long after the smoke itself has been cleared from the environment. The residue of nicotine and other chemicals is believed to react with common indoor pollutants to create a toxic mix including cancer causing compounds. Anyone that has had close contact with a smoker will note that the general smell of smoke prevails wherever they go. To kiss a smoker when you are not used to it can be enough to bring on a coughing attack and it is no surprise that 58% of people polled say they would never consider dating a smoker. This is because the strong chemicals contained in cigarettes being a toxic, poisonous mix of substances including ammonia, the bleach in toilet cleaner, acetone, the chemical in nail polish remover, benzene, found in paint stripper, and hydrogen cyanide used in rat poison combined with its two deadliest poisons carbon monoxide and tar  cling to and are ingested by all body parts of the smoker, leaving a sickeningly smoky smell on their hair, breath and body and leaching its scent on everything they touch and wear.  If you date or live with a smoker you too will start to exude the ‘smoker smell’. Anyone that doesn’t smoke and has been in an area where they are exposed to cigarette smoke will quickly notice how they and their clothes will smell of smoke and the effects of this can take a while to distinguish. If you are in close proximity to a smoker this smoky demeanor will soon be commonplace and not only will your health be in jeopardy, but all the perfume and mouthwash in the world will not be able to distinguish you from the nonsmoker that you are.

The dangers you face not only from the effects of the second hand smoke you ingest but also the third hand smoke you are exposed to can considerably increase your risk of illness.Thirdhand smoke clings to just about every surface possible including clothes, furniture, curtains, walls, bedding, carpets, dust and vehicles. Children and adults especially those with respiratory issues are at risk when they inhale, swallow or touch substances containing thirdhand smoke. As initially with the dangers of secondhand smoke of which the potentially deadly effects took time to recognize the same is true for third hand smoke, the imminent perils of being exposed to it now starting to be widely recognized as a health hazard to avoid in the same category as its second hand smoking predecessor. A study undertaken on the effects of ‘third hand smoking’ in mice has shown that thirdhand smoke exposure has several behavioural and physical health impacts including increased hyperactivity and adverse effects on the liver and lungs.

Being with a smoker makes you increasingly unpopular and labels you as stupid in the eyes of many.

These days smoking is mainly taken up by insecure teenagers trying to exude an aura of ‘coolness’ which smoking is anything but as well as by people who are on the lowest rungs of the socio-economic ladder. It has also been studied that people with low levels of education partake more readily in smoking as they perhaps do not realize the dangers they are inflicting on their health and those around them with the addictive and ever increasingly expensive habit of smoking. Smoking is in fact considered so dangerous to others that countries like Australia are in plans to attempt to eradicate it completely by imposing restrictions such as making a smoker go to the doctors for a prescription for cigarettes and limiting even more where people are able to smoke. The use of graphic images of destroyed lungs and other body parts which are displayed on cigarette packets is enough to turn most off taking the habit up or for getting those that already smoke to abandon it after potentially seeing their future staring back at them, but for those that still want to risk their health by smoking they will encounter even more constraints in limiting their access to cigarettes which put not only their own health but also the health of others in danger.

7 Reasons to limit your  exposure to second or third hand smoke taking into account that it is considered the same as smoking yourself.

1  Smoking increases your risk of all cancers.

2. Affects fertility and can lead to male impotence

Smoking’s effects can make it harder for women to get pregnant, while in men smoking can  lead to reduced sperm count and impotence.

Smoking greatly increases the chance of succumbing to Diabetes, a chronic disease with its own many potential health complications.

4. Smoking can make you go bald.

As well as initially making your hair stink of smoke, this will be the last of your worries as you start to lose all of it as smoking can also cause premature baldness as well as greatly reduce the age at which hair begins to turn gray.

5. Smoking not only harms you, it can also harm your pets

Your pet is susceptible to the same dangers of the second and third hand smoke the habit expels. As they have a much lower life span to start with the effects of the poisonous fumes that smokers omit can cause them to die even earlier than they normally would as well as contracting cancer from the exposure to the smoke.

A woman who smokes or is exposed to second and third hand smoke when she is pregnant is exposing her baby to poisonous fumes that can result in dire consequences for the infant, including being born with a lower than normal body weight. It also increases the risk of Sudden Infant Death Syndrome in babies.

Smoking ages your skin, making you look older than you are and more haggard. The elastin in the skin is affected resulting in more wrinkles and a sagging complexion. If you are in a smoking environment you too will start to age rapidly as well as your skin and teeth taking on the yellow tinge that the chemicals in cigarettes leave.

For anyone living with or dating a smoker,  it is acknowledged that giving up smoking can be challenging as it is a very addictive habit and was designed to be. However giving up a negative dependency on a substance that is abusing your body and endangering your life as well as those of others should take precedence over a habit with so many dire consequences.

‘SWEDEN WAS RIGHT’ SAYS ELON MUSK.. BUT IS THAT REALLY THE CASE?