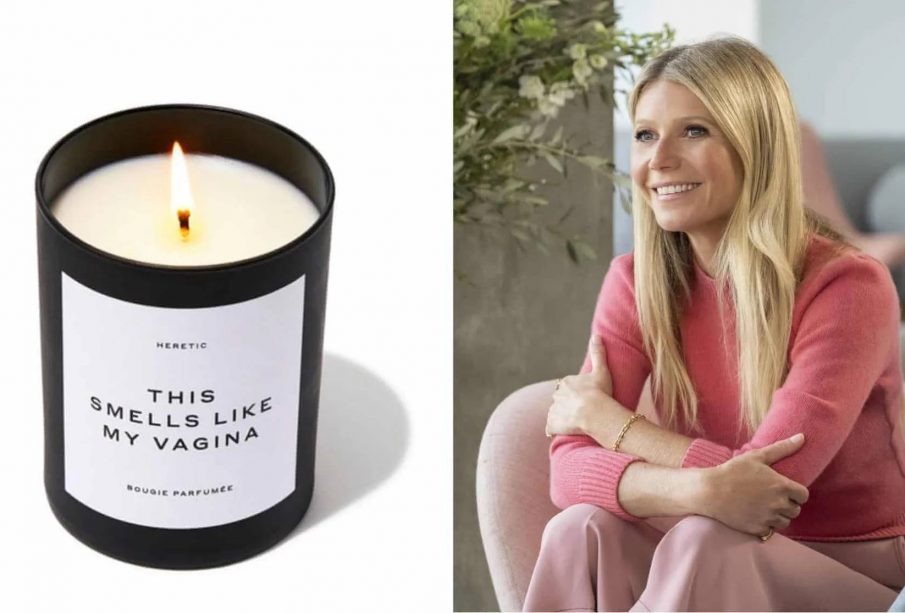 Thompson won the candle officially described as “This smells like my Vagina” which is described on Goop’s website as having a “funny, gorgeous, sexy and beautifully unexpected scent” which would make one think that this is the tantalizing odour that vaginas omit. However the candle’s listed ingredients include, “made with geranium, citrusy bergamot and cedar absolutes juxtaposed with Damask rose and ambrette seed” which are not technically aligned with a natural vagina’s scent but sound exceptionally good and compliment the vagina and the candle it is promoting.

Thompson saved $75.00 when she became the lucky winner of the popular item, but her excitement about winning the vagina candle literally blew up in smoke after she lit it.

‘I’ve never seen anything like it. The whole thing was ablaze and it was too hot to touch,’ she said.

After the shock of the vagina candle reacting in such a dramatic manner, Thomas seemed to quickly see the humorous side of the situation.

‘It was scary at the time, but funny looking back that Gwneth’s vagina candle exploded in my living room,’ she said. Thompson said she eventually took control of the vagina candle by tossing it out of her front door.

Goop in response to the “vagina candle blaze” has told the New York Post that it has “alerted the manufacturer to the woman’s issue and have also reached out to her to send her some Goop products to help pass the days in quarantine.”

Man made Chicago O’Hare Airport his home for three months as he ...