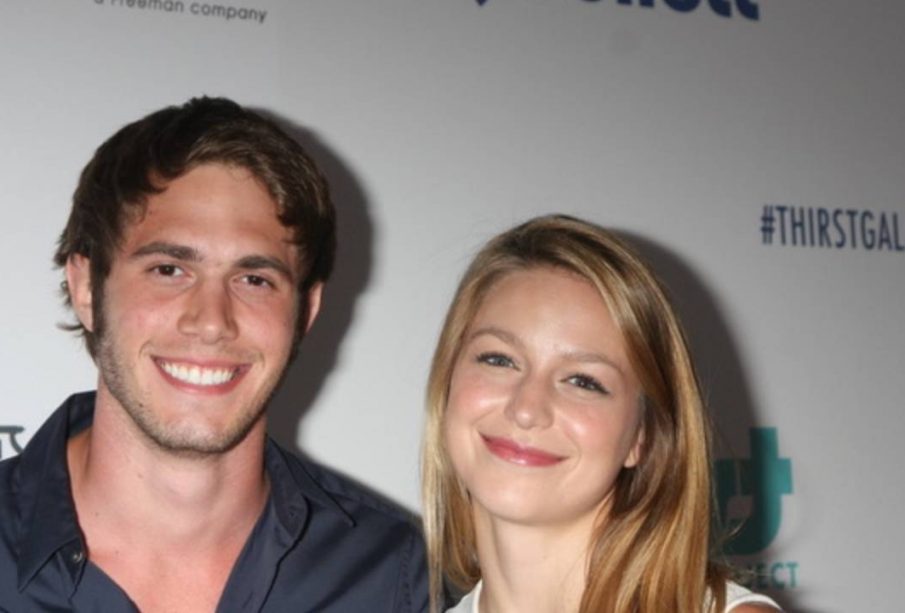 In November 2019, Melissa Benoist shared the incident in her abusive relationship (since being confirmed as her former Glee Co Star and ex husband, Blake Jenner) that was the pivotal moment in giving her the conviction to finally end her marriage. Benoist recalls in her instagram post, how in a fit of violence her perpetrator (Blake) threw an Iphone at her face, which tore her iris to the point where it nearly ruptured her eye and broke her nose. An injury she claims that has changed her vision forever. This violent event with its physical consequences pushed her to reach out and confide what was going on in her relationship to a friend. ‘The more people I let in, the more I was bolstered,’ she stated in her video. After gathering support from others, Benoist had the courage to finally end the relationship.

In the United States a man beats a woman every twelve seconds. In domestic violence it is often necessary for victims to ‘fight’ for survival. Professionals that work closely with domestic violence situations note a strong bond which connects the prevalence of such violence with the advent of mental health issues. It is often extremely hard for women in an abusive relationship to leave their partners, in fact women who do manage to escape face a 75% greater increase in being murdered by their batterer than those that stay. Domestic Violence in the U.S. consumes one third of police time. Intimate Partner Violence (IPV) is perpetrated on millions of individuals worldwide. In the U.S. an average of 24 people per minute are victims of rape, physical violence and stalking by an intimate partner this amounts to more than 12 million women and men over the course of a year. Benoists post hit a nerve with many when she posted it on instagram, she shared details of her experience that many had also been through and could relate to. ‘I learned what it felt like to be pinned down and slapped repeatedly, punched so hard I felt the wind go out of me, dragged by my hair across pavement, head butted, pinched until my skin broke, slammed against the wall so hard the drywell broke, choked.’ she recounted. And then came the injuries inflicted by the Iphone which prompted her to finally leave. Finally her ex partner Blake Jenner has addressed her claims and posted to social media on the demise of their union.

BLAKE JENNER HAS PUBLICLY APOLOGISED TO MELISSA FOR HIS PART IN WHAT HE CALLS ‘THEIR TOXIC CYCLE.’

Jenner has been conspicuously silent on social media since November, 2019, which coincides with Benoists instagram post on the abuse she suffered in a relationship. Although she did not at the time of writing name him as the abuser, many surmised that she was in fact referring to Jenner who she was married to from 2015 – 2017. Jenner himself says that he has been contemplating what to say for the past 11 months. ‘Throughout that time, I reflected on a period in my life that I had previously kept in the darkness out of shame and fear, but I know this is something that needs to be addressed, not just publicly, but also privately with the individual affected and with myself.’ he said. Jenner expresses that when he was 20 he met a woman and fell in love. He describes the relationship as one fraught with negative emotions such as jealousy and violence. The now 28 year old Jenner wrote:  ‘The passion between us would take us both to some of the most joyous highs, but also to moments of jealous bouts of insecurity and volatility.’ In addressing the Iphone incident that was the beginning of the end of their marriage Jenner confided. ‘I froze in a state of shock and horror as my then-partner screamed in anguish, her eye immediately swollen shut from the impact of the phone. It’s a moment that I will regret for the rest of my life ….  I am responsible for the pain that I caused her in that moment and beyond.’ Jenner also claims in his post however that ‘there was mental, emotional and physical abuse inflicted from both ends.’ He accuses his former partner of making him ‘pass’ on acting jobs over conceived jealousy of female costars. ‘… made to feel guilty for working as I received phone calls from my former partner while I was away, threatening self harm out of depression and a deep seated fear of abandonment.’ Jenner also claims that he too suffered a broken nose and was scratched, slapped and punched at the hands of Benoist. ‘I was physically assaulted in the shower, leaving me with a traumatic injury that I do not want to delve into at this time.’ He says their efforts to heal the relationship by seeing a therapist together did not succeed as they could not get out of a ‘toxic cycle.’ And although he has not been with his former partner for nearly four years he adds that he has been working on himself and in dealing with his personal issues. He apologized for the ‘loss of respect and trust’ and to victims of ‘situational couple violence…. I stand with you as a victim myself, I repent for the abuse I inflicted as an aggressor myself, and vow to never retreat to losing who I am ever again.’ On a final note he extends an apology to his former partner who has since remarried and welcomed her first child, a son with husband Chris Woods. ‘I wish you and your family nothing but good health, joy and love.’ Jenner wrote.

GODS ‘GIFT TO THE LEFT’ RESURRECTS INTO TRUMPS BLESSING!

AFTER CONTRACTING BREAST CANCER AT 25, DESIREE ANZALONE WHO WAS NAMED AFTER ...