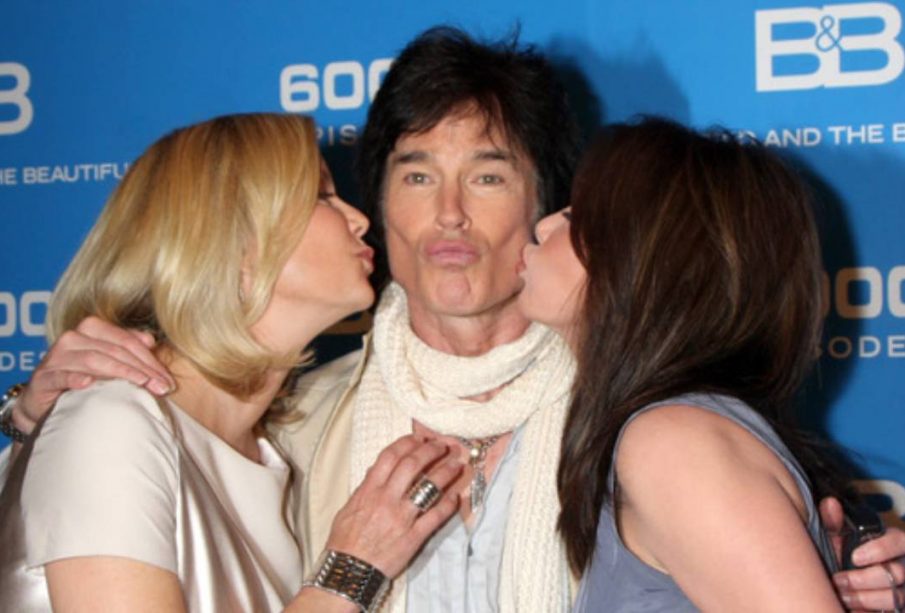 The cast of the long running serial ‘Bold and the Beautiful’ have been shooting intimate scenes using Mannequins. ‘At first, we took out the love scenes, and the show was falling a little flat because we’re all about romance and family interactions.’ explained executive producer of the CBS daytime drama, Bradley Bell. ‘One of the first ideas we had was to bring in mannequins for the intimate scenes and hospital scenes, and it’s working quite well- we’re shooting it from a great distance or in a way you can’t see the form is inanimate.’ After an industry shut down in March, filming has recommenced on a number of shows now heavily reliant on coronavirus safeguards to bring cast and crew safely together. In a labour intensive prevention plan cast and crew are tested weekly for coronavirus with temperatures measured once when they arrive at the studio and then again on the set. They are also supplied with face masks and sometimes a face shield. Reel Health, which commenced to serve the entertainment industry in response to the Pandemic organizes medically trained workers to monitor sets and enforce protocols in accordance with industry and government standards ‘You need to be able to make sure that everyone entering the site, first and foremost is healthy.’ says Mario Ramirez, president and CEO. ‘And that safeguards can keep a production running.’

HOW RISKY IS CONVENTIONAL KISSING DURING THE CORONAVIRUS PANDEMIC?

Kissing someone outside of your household due to the exchange of saliva has been described as one of the most risky things you can do right now. COVID-19 is essentially spread through human contact through the mucus membranes in the face (the mouth, eyes and nose) so touching your face after you have been in contact with an infected person’s respiratory droplets can expose you to the virus. ‘Any type of droplets, whether they be respiratory or saliva can spread the virus, so kissing is definitely going to be something you want to be very careful about.’ advises Dr. Darshan Shah. The huge risk of contracting coronavirus through a kiss has therefore shaken up the Television and Film Industry and forced them to find new and innovative ways to keep the romantic storylines which rate highly without exposing their actors to the risk of catching the coronavirus.

To add steam into sexy love scenes, in some cases the stars’ real life spouses (after they have been tested for COVID-19) will act as stand ins when physical intimacy is required otherwise producers have turned to life-size mannequin dummies. But.. Do the scenes with mannequins look believable? A number of viewers took to TikTok and Twitter to make fun of a scene where actor Lawrence Saint-Victor from the Bold and the Beautiful gets up close and personal with a dummy stand in. The scene where he was supposed to be kissing co star Kiara Barnes didn’t fool all those that saw it.  ‘I mean the soulful way he looked that mannequin straight in the eyeballs and kissed her,’ commented one viewer. ‘Give that man a daytime Emmy now.!’ However producers are not fazed by the criticism. In an uncharted COVID-19 world producers must think of new ways of doing things to protect their actors. The last time Hollywood had to confront a health issue was in the early 1980s in regards to AIDS and how it spreads. Rock Hudson joined the cast of ‘Dynasty’ in 1984 as a love interest to the character of Krystle played by Linda Evans. Evans later said that she was puzzled about, ‘why his kiss was so passionless’ but understood later when the news broke that he had AIDS. Hudson apparently agonized on whether or not he should indulge the fact to producers that he had the deadly disease when the script called for him to passionately kiss Evans. He did not however disclose his state of health and instead kissed her with a closed mouth after gargling a huge amount of mouthwash.

THE SHOW MUST GO ON

Romance and love are intricate and important plots necessary for a successful production. Shows need to continue to be made even under challenging and unmitigated circumstances. Physical intimacy is an integral part of the filmmaking process and Hollywood is adapting as best it can with new techniques to keep the show going. ‘We feel almost like television pioneers all these years later.’ says Bradley Bell. because we’re the first ones out, blazing new ways of producing the shows with the current safety standards, and we’re getting the job done. It’s very exciting.’ Escapism provided in the form of Entertaining storylines has always been important perhaps in the uncertainty of the Pandemic even more so. Hollywood is evolving to adapt to the new normals and ‘a fake it till you make it attitude’ to get the job done.

AFTER CONTRACTING BREAST CANCER AT 25, DESIREE ANZALONE WHO WAS NAMED AFTER ...

HOW TO GET RICH AND STAY RICH