A man born without a jaw finally finds love 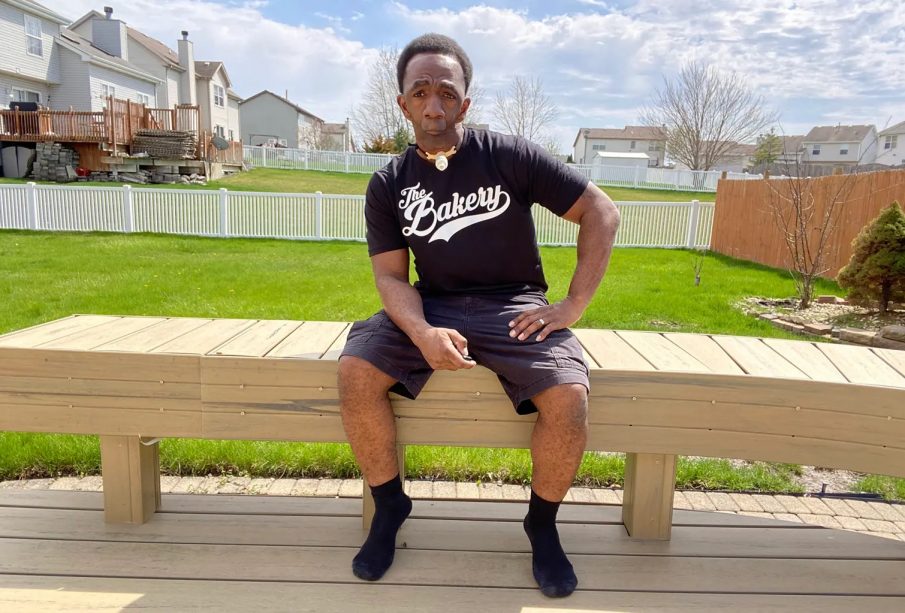 Joseph Williams has endured years of heckling due to the face deformity he was born with.

Williams was afflicted with the rare congenital disorder otofacial syndrome which is triggered by a mutated gene.

Otofacial syndrome is described as an extraordinary rare congenital deformity in which a person is born without a mandible (jaw) and consequently, without a chin.

The disfigurement meant he has never been able to eat with his mouth, nor speak.

The 41-year-old uses sign language to communicate and has always had an eating tube.

Williams has stated that he has been rescued from his sad fate by love after years of feeling “worthless.”

He is eager to let others who share other challenging afflictions to know that they also deserve more out of life.

Williams had resigned himself to the fact that he would remain forever single up until he encountered his soulmate Vania, in 2019.

“Dating was also hard for me because I had such low self-esteem and felt worthless but when I started believing in myself and realized I deserved more, I ended up finding my wife,” he said.

“We were friends at first, but we eventually started dating and fell in love,” Williams revealed to Caters News Agency.

“We got married in 2020. I’m sure people would never have expected me to get married. To be honest, I didn’t think I would either.”

Williams now has a quest in aiding others who may be experiencing the same kinds of challenges he has faced over the decades that made him so miserable that he even considered suicide.

He used to recite to himself that “there is a reason that God made me like this” and shared that this thought helped him ride through the difficult times.

“He (God) gave me this load because he knew I could carry it,” Williams asserted.

“I understand that I am different and that some people will think I am ugly and not accept me, but I am still a person who has a heart, feelings and a brain, I should be treated with respect, just as anyone else should be.”

Williams wants to promote understanding and empathy from others who view people such as himself.

“People stop what they are doing to stare at me and it gets annoying. I’ve even had one guy stop his car, turn around and drive by just to look at me,” he shared.

“I just wish people would speak to me and ask me questions rather than looking at me like a deer in the headlights.”

William said that his family attempted to shield him from the world as he grew up. They told me he “couldn’t do this and that – but I didn’t want my condition to hold me back and I didn’t want to be limited.”

As a young boy, he learned to communicate with others by learning sign language, his phone, writing, notes and gestures. A special tube was used and attached to his stomach in order for him to be able to eat.

“I can’t eat, speak or even breathe properly,” he said.

“I have a tube in my stomach, which I can place blended food into, but this means that I have never tasted food.”

William’s mother was in shock as he came into the world minus a jaw.

When he was just a few days old, he was transferred to Chicago where he underwent numerous maxillofacial surgeries.

“I had a bone and skin grafts as they tried to construct a jaw for me, but as I grew my body rejected it and it was unsuccessful,” Williams said.

“And I was also put up for adoption, which led to me meeting my adopted family.”

“Growing up was hard and being born like this has caused me many problems, but I have tried not to let it affect me.”

Williams is adamant he won’t allow his physical limitations to hinder him from sharing a full life with his wife. Currently working as a welder, he also has dreams to make his passion for playing drums and love of music into a new career.

“My dream is to become a DJ one day. I can sometimes struggle with communicating but music is a way for me to express myself,” he said.

“Being born without a jaw has given me a different outlook on life and it has made me who I am today.”

Pooh is the new Botox