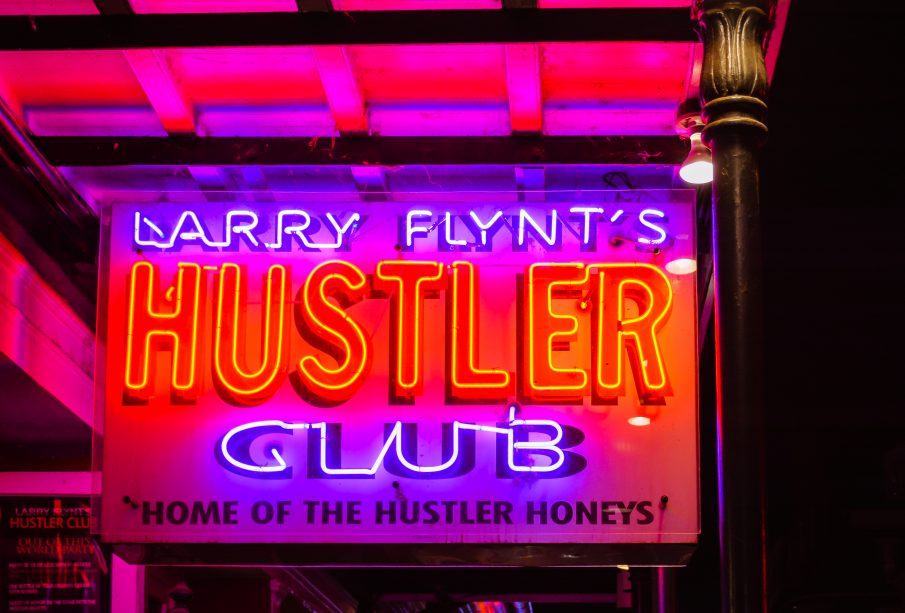 Flynt, who had been plagued with health issues since being paralyzed in a 1986 assassination attempt had been reportedly suffering from a further decline in health prior to his death.

His nephew Jimmy Flynt Jr, told the associated press that Flynt died of heart failure at his Hollywood home.

“He suffered decades of health issues and you can imagine it was pretty difficult” said Flynt’s nephew, Jimmy Flynt Jr. “I loved him and may he rest in peace.”

Flynt launched Hustler magazine in 1974, focusing on a part of the female anatomy that Playbook magazine was not.

‘I was always interested n the crotch,’ he told The Independent in a 2011 interview. ‘And (in) real women… I dared to portray people’s real sexual fantasies, not somebody’s idea of what fantasies should be.’

Flynt’s instincts paid off when in 1975 Hustler published naked photos of Jacqueline Onassis, that he had purchased from a paparazzo for $18,000 who had taken them without her knowledge.

The issue sold over a million copies, making Flynt who suffered an impoverished childhood into a millionaire.

At the height of Hustler’s popularity it was selling more than three million copies a month.

Flynts tabloid life was bought to the big screen when he was played by actor Woody Harrelson, in the 1996 film ‘The People vs. Larry Flynt.’

The successful film earned Harrelson a Best Actor Oscar nomination and Flynt himself had a cameo appearance in the film as a judge.

Althea died at the age of 33, when she drowned in the bathtub at the couple’s Bel-Air mansion on June 27, 1987. Flynt maintains that she would have died that year regardless as she was in the advanced stages of AIDS.

The case solidified his reputation as the First Amendments most controversial champion.

In Hustler’s 1983 issue, a parody was featured of an ad satirizing the then popular televangelist Jerry Falwell.

‘After several years of listening to him bash me and reading his insults, I decided it was time to start poking some fun at him,’ Flynt wrote in a 2007 article for the Los Angeles Times. ‘So we ran a parody ad in Hustler – a takeoff on the then-current Campar ads in which people were interviewed describing “their first time” (drinking the liqueur)

‘In the ads, it ultimately became clear that the interviewees were describing their first time sipping Campari. But not in our parody. We had Falwell describing his “first time as having been with his mother ‘drunk off our God-fearing asses’ in an outhouse”

Falwell reacted by suing the magazine and Flynt’s distribution company for libel, invasion of privacy and intentional infliction of emotional distress. The invasion of privacy claim was ultimately dropped and the jury was split on the other two. They found in favor of Flynt regarding the libel claim and for Falwell on infliction of emotional distress. Damages of $150,000 were awarded as compensation to Falwell.

However Flynt did not accept this decision and the case was heard in 1988 by the Supreme Court. In an 8-0 decision it ruled that the First and 14th amendments preclude a public figure from receiving damages for emotional distress if that distress was inflicted by a caricature, parody or satire of the public figure that a reasonable person would not have interpreted as factual.

“To my amazement we won,” Flynt stated at the time. “It wasn’t until after I won the case and read the justices’ unanimous decision in my favor that I realized fully the significance of what had happened. In a unanimous decision – written by of all people, Chief Justice William H.Rehnquist – the court reasoned that if it supported Falwell’s lower-court victory, no one would ever have to prove something was false and libelous to win a judgment. All anyone would have to prove is that ‘he upset me’ or ‘she made me feel bad.’ The lawsuits would be endless, and that would be the end of free speech.”

Incredibly wealthy with a fortune estimated at more than a $100 million, Flynt focused his later years on the political arena.

When Governor Gray Davis was recalled by California voters in 2003, Flynt was among 135 candidates who ran to replace him. He branded himself as “a smut peddler who cares” and got more than 15,000 votes.

Flynt was married five times. He married his current wife Elizabeth Berrios in 1998.

He is also survived by his brother Jimmy and several children.

Orgasms as effective as drugs in alleviating migraines