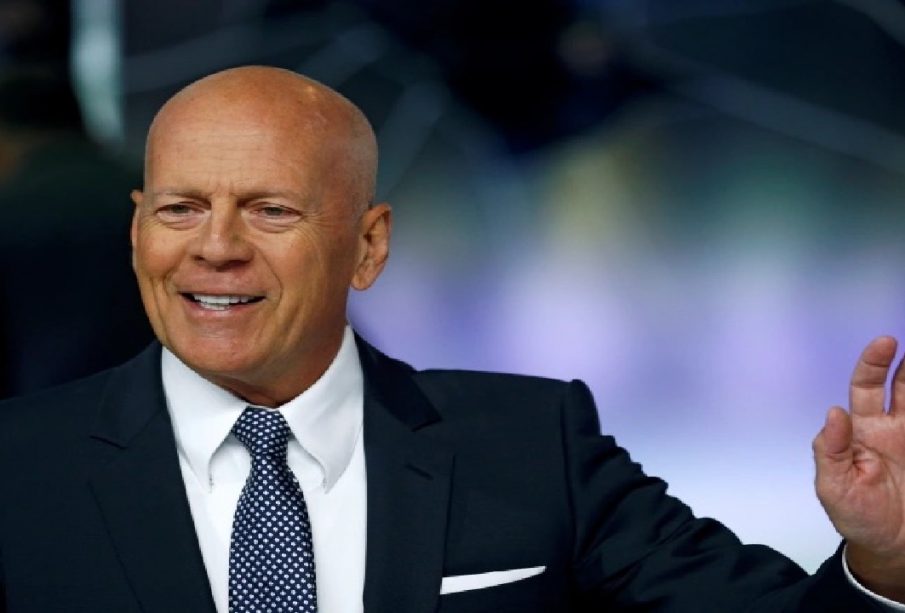 Actor Bruce Willis has paused his acting career. The superstar is suffering from a brain disorder called aphasia.

His family revealed on Wednesday that the condition is “impacting his cognitive abilities.”

“As a result of this and with much consideration Bruce is stepping away from the career that has meant so much to him,” his family shared on social media.

“This is a really challenging time for our family and we are so appreciative of your continued love, compassion and support,” the statement reads.

“We are moving through this as a strong family unit and wanted to bring his fans in because we know how much he means to you, as you do to him. As Bruce always says, ‘Live it up’ and together we plan to do just that.’

Depending upon which areas of the brain are affected, Aphasia is an affliction that robs a person of their ability to communicate, making it challenging to speak, write or understand what others are saying.

People suffering from aphasia can have issues finding words, using words out of order and speaking in a strange manner.

According to Mayo Clinic, aphasia can occur after a head injury or a stroke.

Treatment for aphasia includes a neurological exam and speech therapy.

Reportedly Bruce had been struggling with his condition for a while. A source has told Page six that:

“He was having cognitive problems, they all knew Bruce was having problems. Everybody knew, the cast and crew. His family has stepped in, they moved in to take care of him.”

“It became very apparent that he was having problems.”

“So they’d use body doubles, not just for action (sequences), but for maximizing his screen time.”

Almost two dozen people who worked with Willis on movies in recent years have told the LA Times that they were concerned.

Willis had apparently been using an “earwig” to help him remember his lines during scenes.

Other filmmakers have shared that Willis had difficulty understanding why he was actually on set.

Mike Burns, who directed Willis in last year’s action thriller “Out of Death,” sent the movie’s screenwriter an email in June 2020 saying that: “It looks like we need to knock down Bruce’s page count by about 5 pages,” the Los Angeles Times reported.

“We also need to abbreviate his dialogue a bit so that there are no monologues etc,” he also added.

Burns said that he had not known the severity of Bruce’s condition until the actor showed up on set of the film which was one of 22 movies the actor had starred in during the last four years.

“After the first day of working with Bruce, I could see it firsthand and I realized that there was a bigger issue at stake here and why I had been asked to shorten his lines.”

Burns said it was necessary to cut all of Bruce’s lines which totalled around 25 pages of diaglogue into a single-day shoot.

The director said he made the decision not to do any more movies with Bruce after his experience on the set of “Wrong Place,” last year.

Burns said he asked one of Bruce’s associates how he was doing and had been told that Bruce was, “way better than last year.”

“I took him at this word,” Burns said. However it did not take long for him to realize that Bruce was not better and that he “was worse.”

“After we finished, I said, ‘I’m done. I’m not going to do any other Bruce Willis movies.’ ‘I am relieved that he is taking time off.”

Another alarming incident happened on the set of “White Elephant.” Director Jesse Johnson stated that “it was clear that he was not the Bruce I remembered,”

When he queried the actor’s entourage about his condition, “they stated that he was happy to be there, but that it would be best if we could finish shooting him by lunch and let him go early.”

One of the sources relayed that; “it was less of an annoyance and more like: ‘How do we not make Bruce look bad? Someone would give him a line and he didn’t understand what it meant. He was just being puppeted.”

Stuart Wilson, Bruce’s stunt double had also described changes he noticed in an interview with the US Sun.

“We had seen some changes but a lot of times with bigger celebrities that are really popular like Bruce, they have a million things going on,” he said.

“Sometimes when you were talking to him, he just seemed sidetracked and we would think it would mean nothing but you would wonder if there are other things going on.”

“Obviously we knew there was other stuff going on at a certain point in time. We realized because he’s getting tested for different things, but at the time we didn’t know exactly what it was.”

Wilson admitted he also detected slight changes in Bruce’s appearance when he last saw him a couple of weeks ago.

“He’s just a little leaner now but never was a big eater anyway. You know when we go out to dinner, he’d order you know quite a bit of stuff and he just picks at it.”

The actor’s diagnosis came shortly after his 67th birthday.

The happiest country on earth